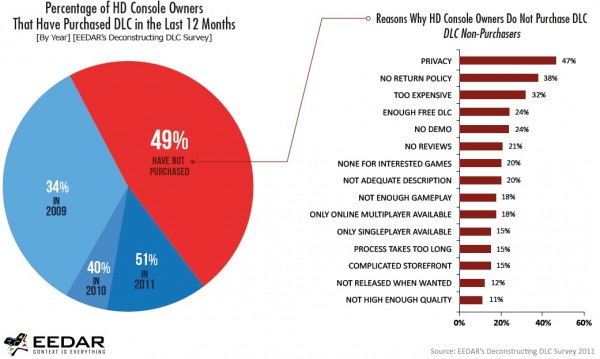 Video games are one of the wonders of our age. They bring storytelling into a new form, taking a passive form of entertainment like reading or a watching film and make it active. Players become the story; they are the center and focus. But like all things, games have an end, the plot ties up, the world is saved, the hero goes back to their farm.

For many games, this leads to finishing up sidequests or to moving on and away from the game. Sure, people may come back and play the game, or go on to the multiplayer world in tactical games or in FPS’ like Call of Duty. But even then, these other side events must eventually end, as players experience all they have to experience, or grow weary of the constant repetitive similarity.

In comes DLC. Downloadable Content is one of the biggest wonders of modern gaming. Once a game is beaten, more content comes, new stories, new quests, new goals, new maps, just new things. For a cost. 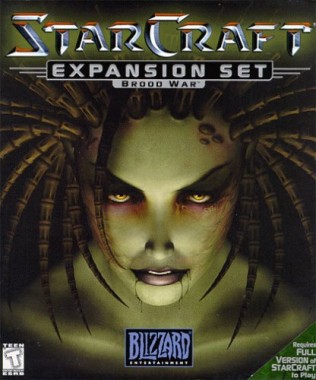 DLC started out as a good thing, in a different form, for PC gaming. Originally, you would complete a game such as Starcraft, beat all its extended campaigns, and run through the multiplayer. You’d reach the top of the ladders or where you felt satisfied and complete. And then, expansions packs would come out, offering new campaigns, units, gameplay, etc., and this was a good thing.

With the advent of downloadable games across all consoles, this has morphed into a bad thing. Developers now leave out content, only to release it for sale on day one, removing parts of the game for their own later profit. They spend less time on the main campaign, doing as little as they can, to start the development cycle of DLC earlier, to release new campaigns and maps after the game. The goal is all in money, and isn’t even a bad thing by itself.

However, it’s become so.

When before, you would receive a what was effectively a new game for your $30 expansion pack, now, in games like most modern FPS’ or action-RPG’s, you pay $15 for a couple multiplayer maps, $10 for a couple small quests, or $5 for a character skin (previously just neat unlockables hidden in the game). The modern FPS is a chronic offender of this, but other games are no exception.

Some developers are good about this, providing huge missions and new lands, like in Fallout 3 and Fallout: New Vegas. The amount of content added in each DLC pack only adds to an already huge game. The reasoning is that the added development time for these packs requires additional costs, and thus, they must charge for them. 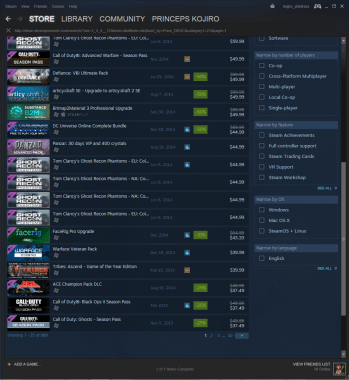 The problem with this, for example Shadow of Mordor’s Lord of the Hunt DLC, is that they aren’t properly integrated into the game. They don’t become part of the game; they become a side game, not associated with the main game. This can work somewhat in more open world games like Fallout and The Elder Scrolls, but it breaks the narrative flow of many games, to just have this new area that didn’t exist in the rest of the game. 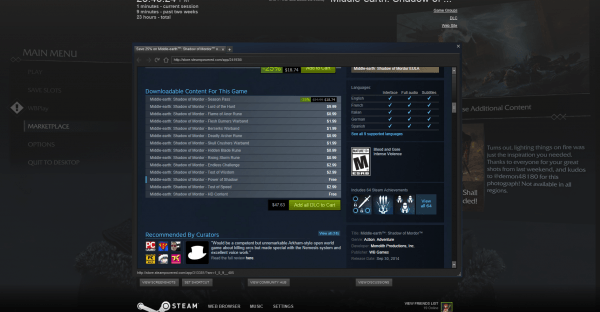 And here is where comes in the rub. While I feel that DLC and charging as much as many developers do for the content is wrong (especially if it’s unintegrated), if you love the game and world, it’s worth it. I rarely buy DLC myself; I don’t’ find it to be worth the price of entry in most cases. In some examples, I’ve bought game of the year editions. I have Borderlands 2, and while I appreciate some of the various DLC it came with, I find myself looking at them and thinking that I would have been disappointed to pay for these for what I got in them. There just isn’t enough content that distinguishes itself and stands out in an impressive way.

I lament for the days of the old expansion packs. While installing from a CD and running of that was cumbersome and lacking in the convenience of Steam, players just got so much more. A lot of what modern DLC has become is just what PC modders used to do as a standard, creating maps, weapons, characters. Now, the modders grow ever more restricted, as games become more complex and locked down and DLC looms on the horizon. 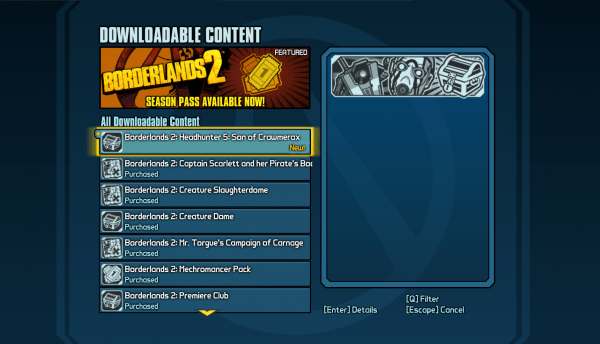 I don’t want to have to pay to get half the game. A consumer’s $50 should cover the entire game; it should cover what many developers have made DLC into. When game modes are locked away and hidden on a game’s release, like Borderlands: The Pre-Sequel where you have to pay to unlock the challenge arena, level caps, it’s wrong. To get all the content as of this article, you can pay $25, or spend $30 for a “season pass,” and receive all of the DLC as it comes out.

Season Pass’ are even worse than just DLC. You have to pay in advance for DLC you don’t know is coming, if it’s coming. If it will add content, or just skins. Usually, developers do provide a fair amount of content, but it could be anything.

The way forward is clear, and unfortunately it is obvious that DLC will be the way forward. Some companies may choose not to do so, which I applaud them for, but I feel this will be restricted to smaller developers and indie companies. The prospect of charging for expanded content is too much for larger developers to resist; why include content for free, if profit can be made? 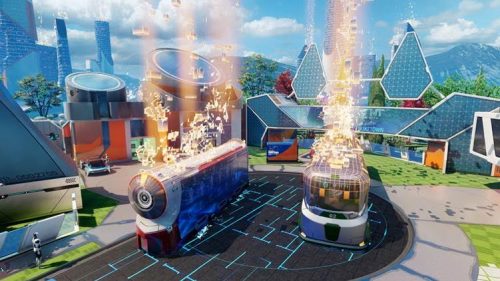