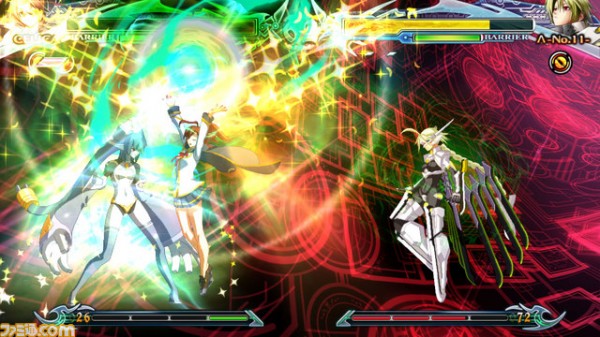 Earlier this week we learned that Arc System Works is planning on bringing BlazBlue: Chrono Phantasma Extend to the PlayStation 4, Xbox One, and PlayStation 3 and now Famitsu has released an online preview of the game giving us a first look at the title as well as some new details.

As mentioned before, BlazBlue: Chrono Phantasma Extend features Celica and Lambda-11, both of which were added into the 2.0 arcade version and will bring the total amount of playable characters to 28. What has been revealed is that the “Extend” episode will take place in the past and include story elements from Kokonoe but also Bullet, where gamers will be able to learn about her heroic past as a wandering mercenary and her mission to discover the truth behind her allies’ demise.