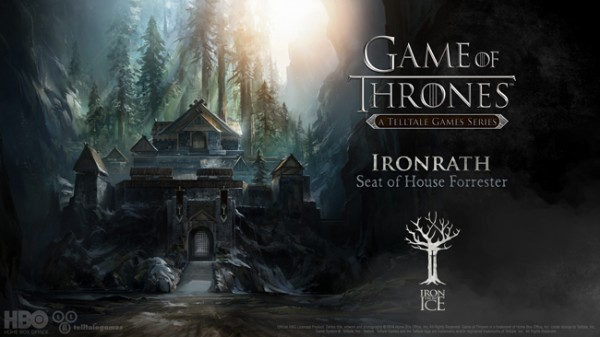 Earlier today we reported that Telltale’s Game of Thrones series would be releasing sometime soon for the PlayStation 3, PC, and Xbox 360 and now Telltale Games has decided to reveal some more information about the game, as well as new platforms. Now this six episode season will be released on the aforementioned consoles as well as the Xbox One, PlayStation 4, Mac, and iOS.

They went on to say that the game will pick up near the end of the third season of Game of Thrones’ TV show and end before the beginning of season five and it will tell an original tale in the world created by George R.R. Martin. The story will focus on House Forrester “a noble house from the Wolfswood in the north of Westeros” where players will be controlling five members of the house throughout the season, ranging from direct family to servants.

Telltale goes on to say that “Playing as five characters not only reflects the epic scope of Game of Thrones, but is also something that the player needs to be mindful of. This is because the actions of one character can ripple out to affect the rest of House Forrester. Multiply the actions of one character by five, and you’re truly playing the Game of Thrones … where you win, or you die.”