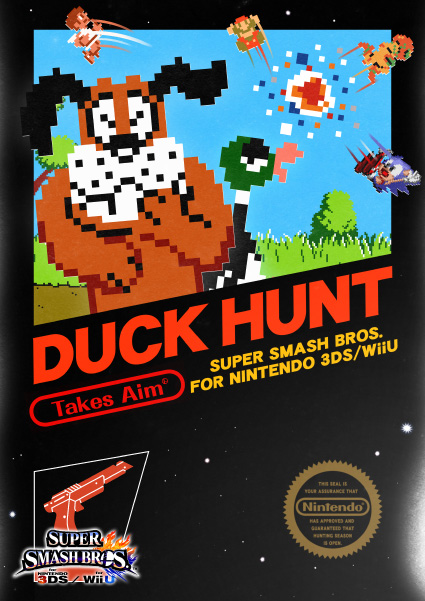 We all knew of their inclusion thanks to the 3DS version of Super Smash Bros., but now Duck Hunt Duo has it’s official announcement trailer and it managed to be cute, funny and nostalgic all at the same time. Duck Hunt Duo is a very unique character with his main moves coming from either the Duck Hunt Dog itself or the duck on its back. The old NES Zapper itself also makes an appearance in the move set with the on screen reticule and off screen gunfire attacks. Other NES classic light gun games also make cameos in his move set as does the Dog’s signature cheeky laugh.

With the announcement of the Duck Hunt Duo character also came the news that the classic 1985 NES title itself would be releasing on the Wii U Virtual Console. You can check out the trailer for yourself below as well as the newly released screenshots of the Duck Hunt team in glorious HD.