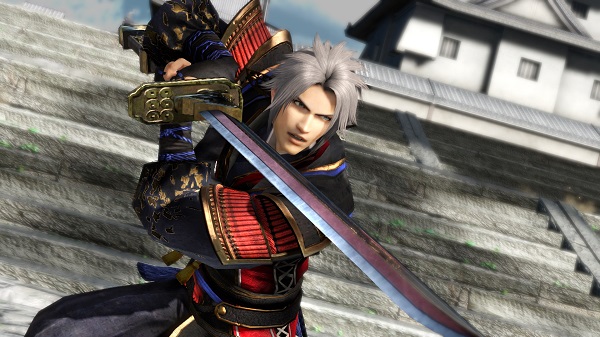 The gameplay of the Warriors series and its specific spin-off, Samurai Warriors, is an interesting combination of action hack-and-slash and strategy. The player taking on the role of heroic commander warriors as they take to the field against entire armies. Although the game setting has some grounding in history, the series is well known for taking many liberties with its depiction of historical events. Characters use very ornate/impractical armour and weapons, are able to send out waves of energy to attack their foes, and participate in battles which they could not possibly have done so. But all these elements, which undermine the game’s historical authenticity, are exactly what makes the games so very fun. All these elements are here in spades for the latest instalment of the series; Samurai Warriors 4, as I discovered in my short hands-on session at EB Expo.

The gameplay largely follows the stock-standard of the series, with the player taking on the role of a powerful, fictionalized historical figure (trust me, it makes sense) as they cut through hordes of A.I. goons and duel opposing commanders. Different characters have different attacks, which are suited to dealing a specific kind of damage or dealing damage to a lot of targets (which is generally quite useful). Special attacks (or “musous” as the game calls them) generally deplete the player’s ‘spirit gauge’, which builds up slowly over time. This element is similar in a sense to fighting games which require the player to careful manage their character’s stamina to perform a number of smaller attacks or a single, more powerful strike. 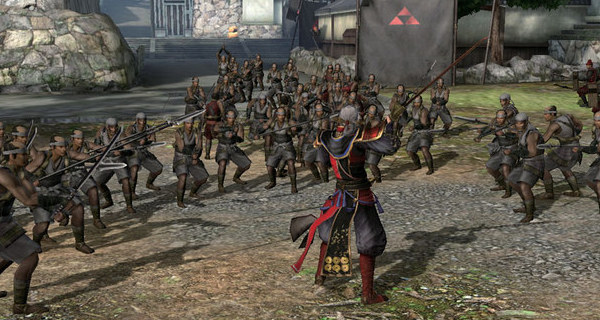 These special attacks are generally devastating to the rank-and-file of the opposing force, but are all too easily blocked by enemy commanders and officers if used against them. Defeating them unlocks areas and forts on the map and captures them for use by your side.  These enemies require a bit more skill in outmanoeuvring their attacks and striking at their weak points. The game also employs a rudimentary morale system with the enemy troops running away if you kill their commanders and bannermen in their vicinity… they are, however, unfazed by the wanton slaughter of their fellow comrades. The A.I. for friendly goons is also lacking in a number of ways with my side’s grunts largely avoiding engagement with the enemy, so I would have preferred A.I. friendlies to actually be helpful in some regard.

The battles play out with the player being given a number of starting objectives which upon completion unlock new objectives, dependent the success or failure of the player. Various flashpoints occur across the battlefield which require the player’s attention and a map in the HUD displays where this flashpoint is occurring and the route the player should take to get there. Unfortunately, the maps are largely twisting corridors with scenery which is all too similar to really get my bearing… although I imagine if I played the maps enough, they would start being more easily navigable but this was not to be in the 30 minutes which I had with this game. 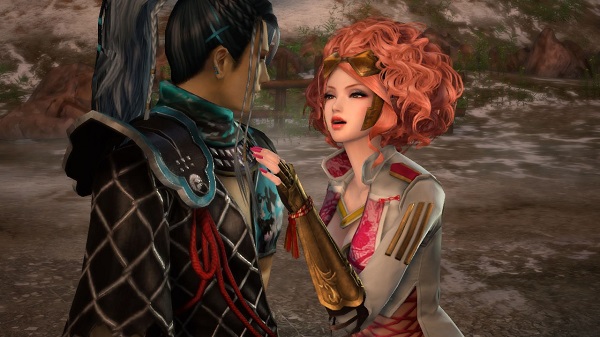 During battles, players can collect items to both gain short term advantage, through healing and other restorative properties, and to unlock new weapons to customise player characters. The game allows the player to create their own character for use battles and campaigns, with the player able to customise their capabilities and equipment. Unfortunately, due to time constraints, I was unable to explore this option further but would be excited to examine it further if given the chance.

The game features battles in a number of historical campaigns with various characters to play in each. The player chooses two characters to play during each battle and control can be swapped between the two at the press of a button. The narrative is also largely expressed between the characters in cutscenes. The animation and graphics in these scenes are not exactly cutting edge but are fairly pleasing to look at. The character design follows a distinctive anime style with the writing appearing to follow suit with heightened levels of melodrama. The characters certainly look pretty even though I doubt the historical accuracy of having a samurai lord wearing a set of European style plate mail during the Sengoku period…but hey, you don’t play this game to learn Japanese history.