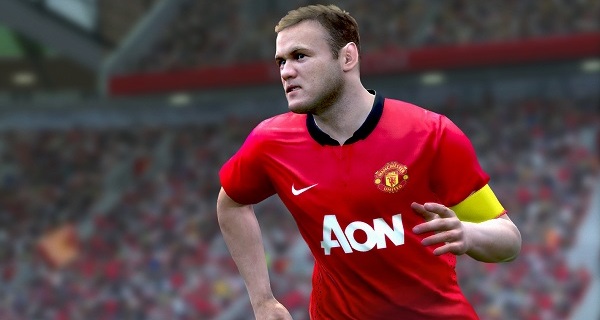 This game is perhaps the hardest I have ever had to play. It might not be because the gameplay is particularly difficult, although I have read that Pro Evolution Soccer (PES) 2015 does pride itself on being a very technical game which players can gain mastery over slowly. My main problem was simply that I am not a console gamer and playing this on a Playstation 4 in a limited space of time within which to learn the controls meant that my analysis of the gameplay will be limited. From what I’ve read, the difficulty curve in the series is quite steep and is considered a feature amongst the fanbase for its level of detail in control and gameplay. Rest assured that I believe all this complexity is still present in droves in the newest iteration.

The demo copy that I was able to play did not have a tutorial (except for a two sided sheet which had a controls map) which meant that I was lost with what exactly to do with most of the session. Nonetheless, I persevered and I did my best to try and stack the odds in my favour in such a way to overcome my severe, non-console gaming handicap.

The game allows you to choose teams from a variety of football (soccer) leagues, including the English Premier League. These teams are all accurate to their predicted line-up in the coming year with the correct players, numbers, and uniforms. Unfortunately, I am largely ignorant of the state of European soccer (or any sport which takes place in meat space, in fact) so I can’t report on the purported accuracy of the players as they have been recreated in the game. The graphics look good close-up with only a minor uncanny valley effect present with the models. Luckily, the camera will spend most of its time zoomed out to give you an overview of the action. 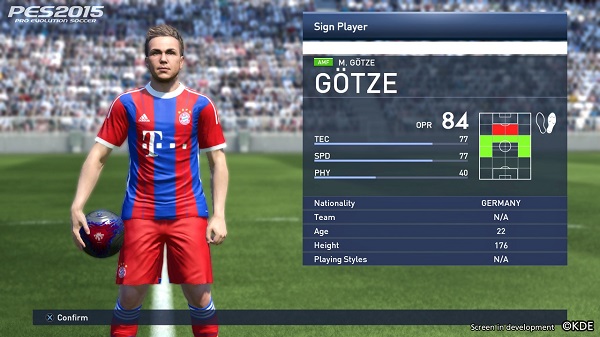 In order to stack things in my favour, I chose to play as Real Madrid (they had a high rating according to the game) and chose to start a match. Before play started, I was able to plan out my team line-up and determine starting players. The screen showed me a lot varying stats for all the players as I cycled through each of their profiles, but since I could not make an informed decision; I simply chose to play with the default starting line-up. At this stage I was also able to determine the team’s formation and play on the field. I opted for a play which favoured ‘possession’. I chose this play because if there’s one thing I’ve learnt about soccer from all those years in little league teams it’s this; as long as you’ve got the ball, the other team (probably) can’t score.

So the match started with my team kicking off after I spent a good minute trying to figure out how to pass the ball. As you may have anticipated; things didn’t go well for me and by the end of the first half I was losing 4 to nil. Needless to say, I did not win that game in way which even the pre-recorded AI commentators could not believe happened. 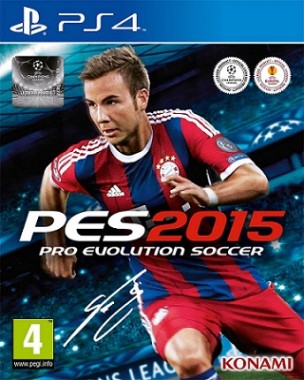 The AI was largely solid and proved to be far more capable than I, while I ran whichever player I was in control of around the field. My AI team mates were able to defend fairly effectively and blocked a number of the plays that the opposing team did. This effectively meant that the computer was playing against itself, but since I still had not figured out how to sprint/swap players; I was happy to have something come out in my favour. I was at least decent when it came to corner/goal/penalty kicks where the game takes a bit of a slower turn and I actually had time to read the control map. I also tackled someone successfully near the end of the second half… unfortunately it was my own team.

Overall, I have no idea what to think of this game. I could see that this game certainly has a certain appeal to players of very technical sports titles, but without a tutorial you would be completely out of your depth… thereby stopping it from being a party game with pick-up-and-play appeal.