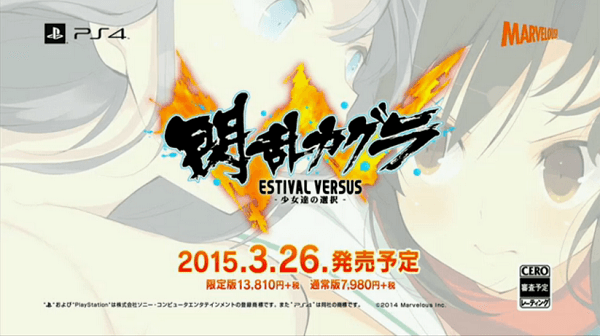 Considering this is a release on Sony platforms, it will likely continue the storyline from Senran Kagura: Shinovi Versus which is set to be released in North America later this year by XSEED Games.