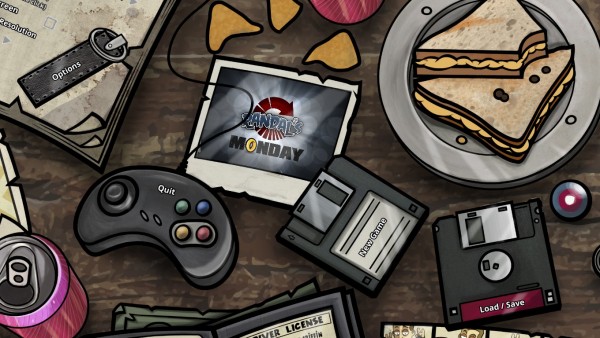 Randal’s Monday is a point and click adventure game with a Groundhog Day style plot, an obsession with pop culture references, and a minor but deadly grudge against pigeons. Developed by Spanish team Nexus Game Studios, it’s clear from the get go that Randal’s Monday isn’t going to be content with playing it safe, as the opening scenes take in a boozy engagement party, copious amounts of vomit and a fairly grotesque suicide.

The full game will contain an intro, seven versions of Randal’s tempestuous Monday, and an epilogue. For this preview I had access to the intro and the first three days, and although the game still needs some polishing the vast majority of it feels like it’s in the right place for a solid PC release some time before the end of the year. 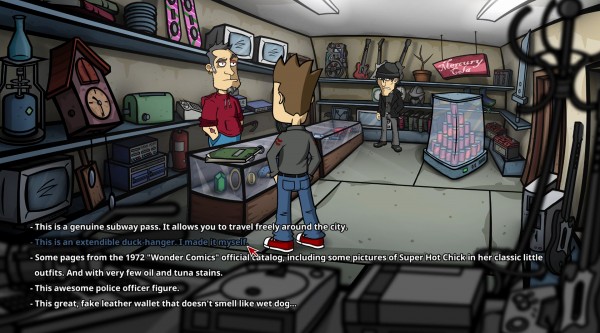 Things kick off at the aforementioned engagement party, where Randal, his best friend Matt and Matt’s fiancee Sally are all drinking the night away in celebration of the two’s engagement. Matt flashes the wedding ring that he has bought to Randal- it’s not just any old ring, and it displays a few qualities similar to J R R Tolkien’s “One ring to rule them all”.

The next morning Randal has it in his possession, and wakes up with his landlord hammering on the door. Strapped for cash and newly fired, Randal has only one thing of any value, and being a less than stellar friend he ends up selling off the ring.

Matt bakes himself in his oven.

Randal, implicated in Mat’s death and under some sort of time warping curse, must replay Monday after Monday to try and get the ring back, save his friend’s life and generally stop shit from getting any worse. 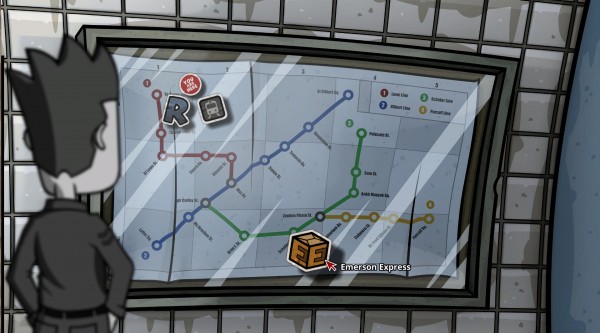 Randal isn’t the nicest of guys, and it’s a credit to Jeff Anderson’s performance that the rude, smart mouth Randal isn’t just a pain in the arse. There’s a lot of great voice acting throughout the game, and both the performances and the writing hit the mark most of the time. Randal has no fear of breaking through the fourth wall either, and the sarcastic little asides and withering glances at the camera really pull you in to the spirit of the game.

It’s not hilarious by any means, but the dialogue is enjoyable and the game is aimed right at the heart of its audience. There are pop culture references everywhere, with little in jokes in the dialogue, the backgrounds, and even the puzzles. The team at Nexus Game Studios are obviously utterly in love with the point and click genre, video games, sci-fi, comics et al,  and it’s very hard to dislike something that tries so hard to pay tribute to so many things that I have a lot of affection for myself.

It has a very traditional set up, with movement, talking and actions all tied to mouse clicks. Double clicking will skip travel time, and of course there’s an inventory for collecting and combining objects. As Randal progresses through the Monday’s more locations to explore open up, and new items and set ups appear in already familiar locations. 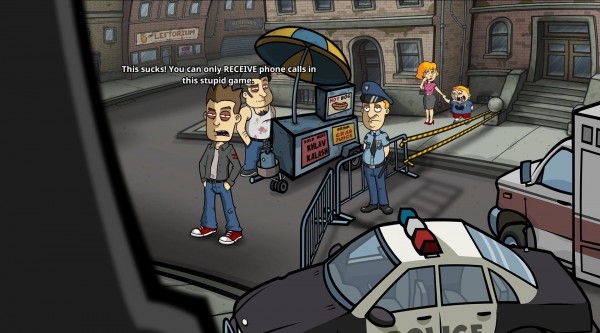 I didn’t find the puzzles particularly stupendous, and there is the odd moment when the game strays from its aim of always having logical solutions (the opening duck coat hangar for one) or pulls a bit of a cheap trick. What I did appreciate was the need to listen to the dialogue, because more often than not clues and solutions to the next puzzle would be hidden within. Personal details about characters and the often winding conversations that they have with Randal actually have a point, and although it caught me off guard at first when I clicked to the system it made for an enjoyable set up.

What’s really appealing about Randal’s Monday is the way that the days build upon each other. Although Randal experiences the same day over and over again, the changes that he makes on the previous day remain, taking the action to ever stranger places. Finding out what could possibly come next is a big driving factor, and some of the developments are actually quite shocking (Matt’s second means of self destruction actually grossed me out a little). 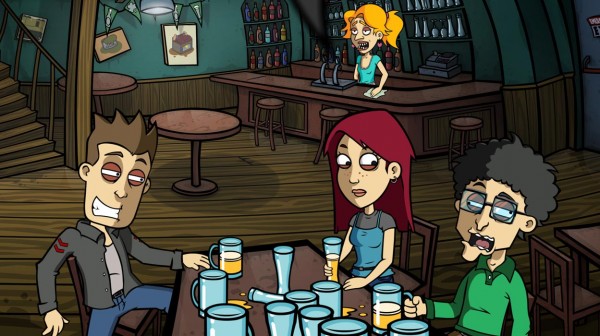 On that note Randal’s Monday doesn’t flinch from the ickier side of life, with vomit, blood, and urine all featuring alongside a sense of humour that has few no go zones. The art style sits well with the tone of the game, and I also found myself really enjoying some of the music, I’m humming it even now. It provoked a particularly 90s nostalgia for me, a feeling that was born the second I loaded up the game and saw that menu screen.

It’s hard to pigeon hole the type of person Randal’s Monday is aimed at, but if you’re it, it’ll fit you like a glove; I can’t emphasise enough how steeped in pop culture it is. The sense of humour won’t be for everyone and the puzzles aren’t anything to shout about thus far, but the massive volume of decent dialogue and the intriguing but wacko plot certainly have their hooks in me.

Iratus: Lord of the Dead Preview 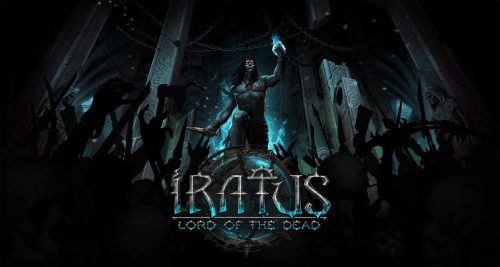