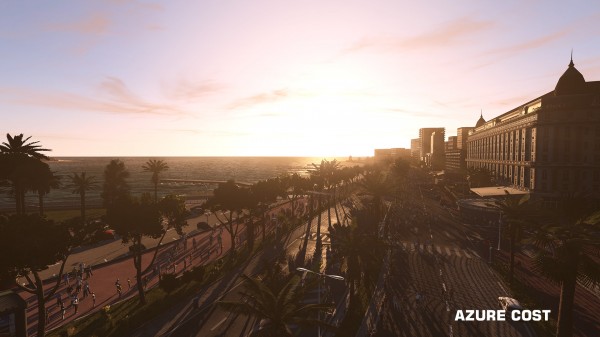 Slightly Mad Studios and Bandai Namco today revealed 8 new tracks for their ambitious racing title Project CARS. The team are excited to announce these new tracks which span from a huge variety of track types and locations from all over the world. In a clever move not all the tracks are simple circuits, with some being point to point drives along iconic locations. The first two tracks of this type are the California Highway which will take racers down the West Coast and a stunning drive down the Azure Coast of the French Riviera.

Other new tracks include Watkins Glen and Road America from the Untied States, Azure Circuit from France, Oulton and Glencairn from the United Kingdom, with Glencairn being the first karting track to be revealed, and finally a track a little closer to home, Australia’s own Mount Panorama. You can check out the gallery below for some stunningly beautiful screenshots of the newly revealed tracks. Project CARS is priding itself on having the highest quality visuals and they aren’t disappointing. You can view a trailer for Project CARS by following the link.