EA has launched their ‘Feel the Game’ ad campaign for EA Sports FIFA 15, with Lionel Messi front and center. In particular, a new short film created by Wieden+Kennedy Amsterdam shows just how closely players will feel the emotion on the pitch.

You can check out the video embedded at the bottom of this article. It will run on various TV channels and networks globally from today. Specifically, the video depicts players taking on an in-game, first person perspective with just the television screen separating them from the action (manifests as an odd fishbowl-like camera effect). FIFA 15 launches on September 25 for virtually all platforms. The demo is available to play right now! 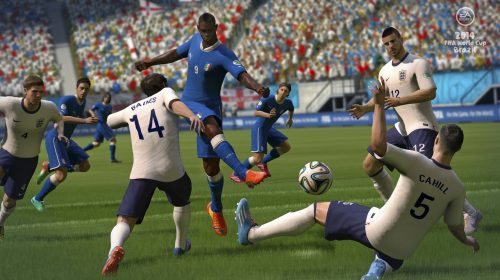 FIFA 12 Console Patch To Be Released