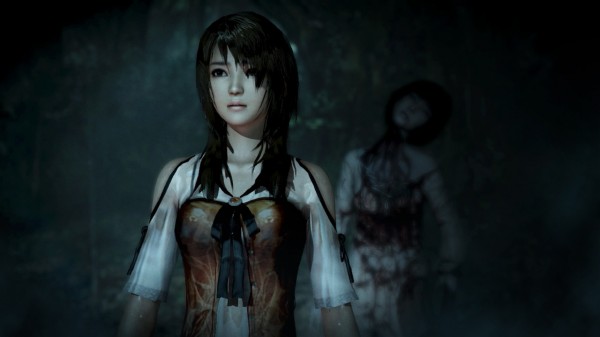 Today Nintendo released the first gameplay footage for Fatal Frame: The Black Haired Shrine Maiden and with this trailer the company shows how Koei Tecmo will be making use of the Wii U’s Gamepad in order to not only capture hidden objects on photo, but also as a tool to fend off aggressive spirits by taking pictures of them.

Fatal Frame: The Black Haired Shrine Maiden is currently set to be released in Japan on September 27th and the story of the game so far follows Yuri Kozukata, a girl with the special ability to see people and objects that have been taken to another realm as well as touch others to see their memories and secrets. She ventures into the cursed mountain of Hikayama in order to find the owner of the cafe she works at who has vanished.