As you may already know, NIS America is planning on releasing Fairy Fencer F in North America at the end of the month and those who want to get into a series that will be continued on a next-gen console now have another reason to pick it up.

Today during their press conference Sony revealed that Fairy Fencer F: Advent Dark Force is being developed by Compile Heart for the PlayStation 4. Currently very few details about the game are known other than the game’s release in Japan sometime next year, but you can check out the official website here where the text “To change fate; one needs to walk the darkest path” is shown. 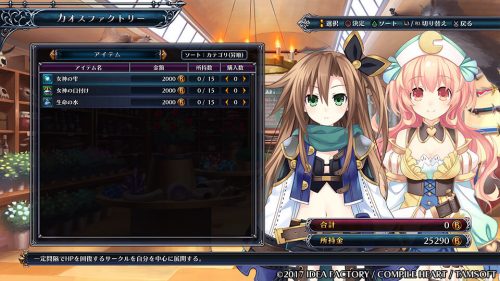