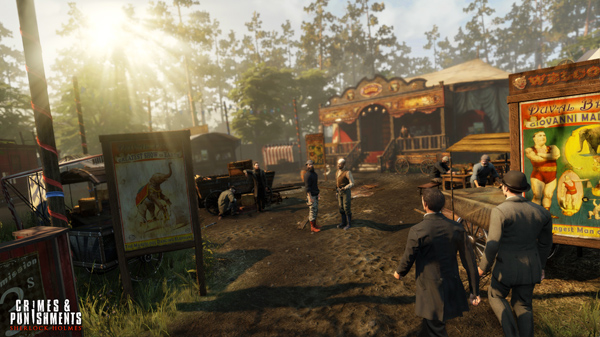 Focus Home Interactive and Frogwares released a new trailer for their upcoming mystery game Sherlock Holmes: Crimes & Punishments. The trailer explores the dark seedy underbelly of London, catching criminals in the act of their dastardly crimes. The video’s release comes along with the announcement of a morality system in the game. Sherlock Holmes will need to make hard choices in the game, as some of the criminals are simply good people caught in bad situations. Holmes has the option to either turn the perpetrator to the police or let them go, but he must live with the consequences of his actions.

Sherlock Holmes: Crimes & Punishments will be released for PlayStation 3, PlayStation 4, Xbox 360, Xbox One, and Windows on September 30th, 2014.