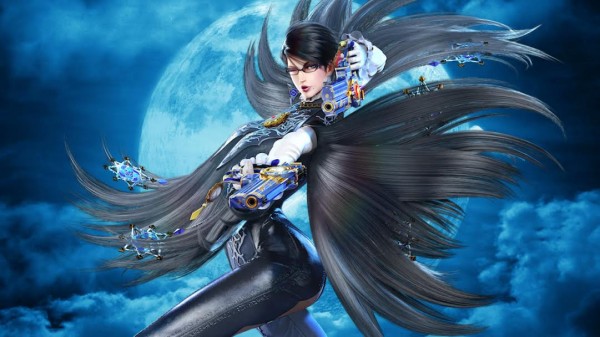 The specialised Nintendo Direct focusing on Bayonetta 2 has just wrapped up and loads of details about the game were divulged in detail by both Lead Director Yusuke Hashimoto and Lead Producer Akiko Kuroda. We’ve summarised all the highlights of the Direct below but you can also watch it for yourself in the video below. A new trailer was also released for the game which takes place at the end of the Direct. If you only want to watch the trailer feel free to skip to the 26:50 mark.

To begin the Direct, Yusuke and Akiko first discussed the characters and story. Bayonetta is the last member of the Umbra Witch clan and practices the Bullet Arts, which has taught her to wield four guns, one of each of her feet and hands. Bayonetta’s power resides in her hair, which she can use to summon demons and attacks. Her clothes are also made of her hair, so they occasionally peel off and reveal her figure when she needs to. Bayonetta has a good sense of humour but also has a sadistic side. 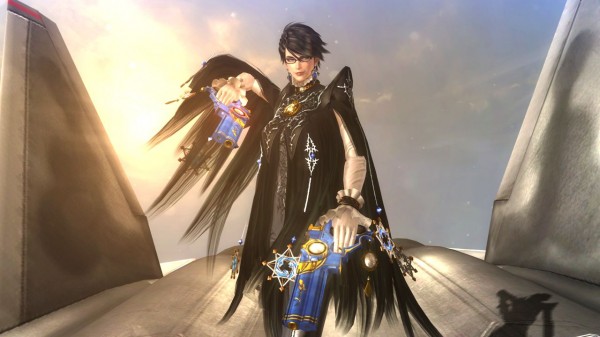 The story of Bayonetta 2  follows Bayonetta as she tries to rescue her best friend Jeanne from The Inferno. Her main enemies are Angels and Demons who make their first appearance in this game. The story will take you through a number of locales from the human world, to Paradiso and The Inferno. A host of mysterious characters such as Loki and a masked being add a sense of intrigue to the story.

Bayonetta’s move set is huge and features heaps of variety. Her standard combos are made of button presses where the X button is used to punch and the A button is used to to kick. You can press and hold these buttons to form new combos. A more casual mode has also been implemented into the game called Automatic Mode that is activated by equipping an item called the Immortal Marionette. This will simplify the game greatly and allows you to pull of amazing combos just by repeatedly pressing buttons. Another casual control option using the touch screen was also revealed briefly, showing the user slash the screen with stylus to perform a slicing kick in that direction and tapping an enemy to lock onto it. 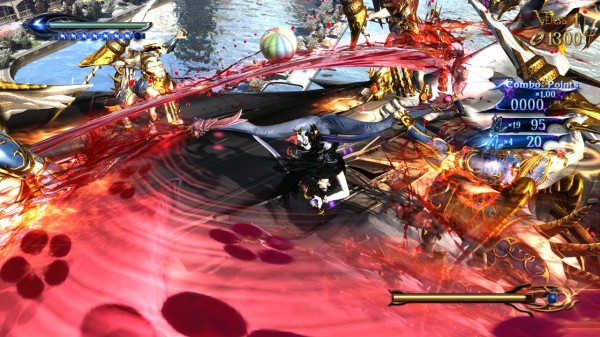 There is much more to the combat system than just combos though with many more defensive and offensive combat options. Witch Time is a spell that slows down time dramatically and activates when you dodge an enemy attack at the last moment. This allows you to create big openings and inflict more damage as well as charge up your magic gauge which can be used in one of two ways. The first way is to pull off powerful attacks called Torture Attacks. These attacks cause huge damage and summon torture devices that were previously used to harm witches. These attacks don’t require a full meter and are better to use against a single enemy who is giving you trouble. The move changes depending on the enemy you are facing. The second way is new to this game and is called Umbrum Climax, which drains your meter but powers up your attacks and attack range, perfect for fighting off multiple enemies.

We are still not done talking about the combat system though. Weapons are also a big part of the game and you will encounter a wide variety of them as you play through the game. You can attach weapons to both your feet and hands which will change the combos available and make any combination of these. You can also preset two different weapon combinations and switch between them seamlessly in battle. So for example, you can attach a bow to your hands and a whip to your feet and then switch to a style where you have swords in your hands and guns on your feet. This system is promised to cater to people who like to play in all different types of styles. 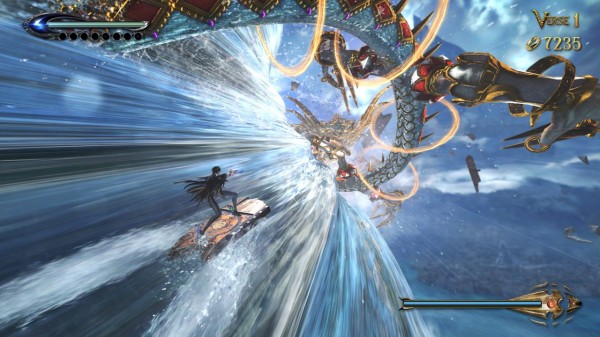 Game modes was discussed next. The main story mode is divided into chapters and each chapter hosts various stages. Story mode will feature normal combat, aerial battles, underwater battles and even battles involving vehicles. You can earn medals by completing stages with good combos and timing with platinum being the highest. ‘Missions’ called Muspelheim are hidden bonus challenges that appear in the story mode in hidden rooms and will include clear conditions such as you will only be able to deal damage during Witch Time. These challenges offer reward items and also reward you a medal as do the main story chapters to encourage re playability.

In game currency called Halos will allow you to purchase new weapons, accessories and costumes from Rodin’s Store at the Gates of Hell. You can also acquire special items called Angelic Hymns that can be handed over to Ronin in exchange for new weapons. Accessories power up certain functions such as attack damage or can grant you skills that help protect you. You can also purchase skills that increase Bayonetta’s move set. 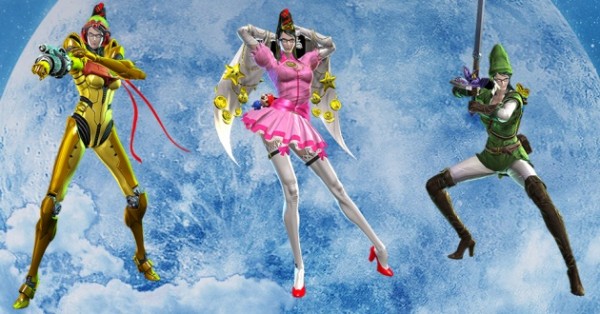 It was revealed at E3 that the first Bayonetta will feature unique Nintendo costumes, and Bayonetta 2 will also be receiving that feature. A Peach, Link, Samus and Fox costume were shown off with each outfit granting special abilities or new moves. When Bayonetta dons the Peach outfit, Bowser’s powerful hands and feet are summoned instead of the regular demons. When she wears the Link outfit, enemies will drop Rupees. When she gets into Samus’ suit, she gains the ability to roll into a morph ball. Finally, the Fox costume is exclusive to Bayonetta 2 and will grant Bayonetta use of Fox’s signature blaster.

Perhaps the biggest announcement from the Direct was the detailing of the 2 player co-op mode called Tag Climax. In this mode you can play as other characters apart from Bayonetta with Jeanne and Rodin being announced each with their own unique abilities and move set. Each player selects a verse card to select a level to fight in. You can then go through six rounds where you and your partner receive a score for each and an overall score. The player with the higher scores gets additional Halos, so it adds a bit of competitiveness to the mode. If your partner falls during a stage, you can run up to them to revive them and bring them back into the action. It was stressed that this mode is online only, so there will not be a local co-op option. The Halos you earn from this mode can be used in the main game and you can risk Halos to increase the difficulty level but also increase the reward you receive. 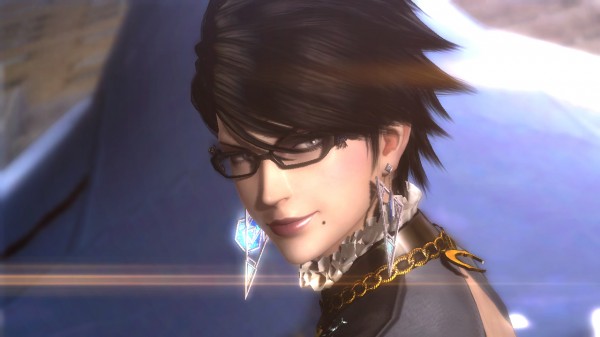 Finally, local pricing was detailed for the games. In Australia, the retail copy will include both the original Bayonetta and Bayonetta 2 for the SRP of $79.95. On the Nintendo e-Shop, both games are available to purchase separately at a discount. Bayonetta 1 is available for $49.95 while Bayonetta 2 is priced at $69.95. However, if you purchase both of these titles presumably on the same Nintendo Network ID, you will receive both for the same price as the physical version. Download sizes were revealed with Bayonetta 2 requiring 14.6 GB of space and Bayonetta 1 requiring 17.6 GB. Finally, we received an official launch date for the game, October 25th.

That concludes our Bayonetta 2 Nintendo Direct summary. Personally Bayonetta 2 is looking to be one of the best action titles for the Wii U and perhaps one of the best action titles period. Platinum seem to have poured all their heart, soul and development skills into this project and I think Nintendo made the right move in funding the game so it could be created, even if that meant the game will be exclusive to the Wii U which caused a lot of controversy when it was first announced. Let us know your impressions of Bayonetta 2 in the comments below and don’t forget you can watch the full Direct in the video below.