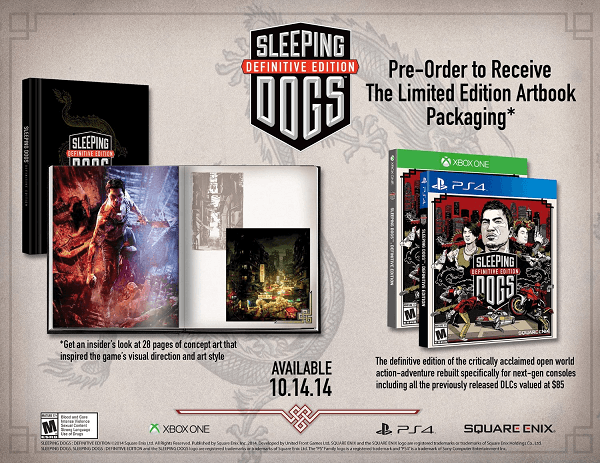 You know that old saying about letting sleeping dogs lie? Well Square Enix isn’t going to be following that saying when it comes to their Sleeping Dogs. It has been discovered thanks to an Amazon listing that Square Enix is planning on releasing a Sleeping Dogs: Definitive Edition for the PlayStation 4 and Xbox One on October 14th.

The listing says that the game has been “rebuilt specifically for next-gen consoles” and will feature all of the downloadable content. Interestingly enough, those who pre-order the title at its current $59.99 price tag will be given a limited edition package that will include a 28 page art book.