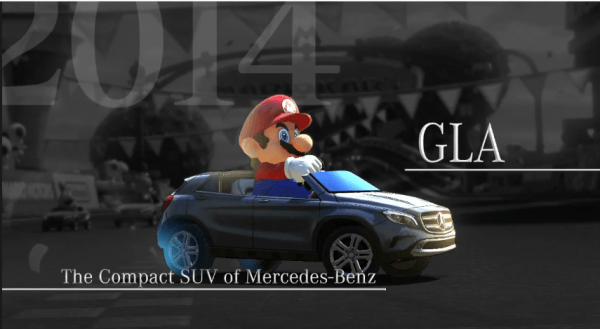 Think of everything wrong with Mario Kart 8. It’s probably not a long list but there are most likely some minor annoyances in there. Luckily for the 1.2 million plus Mario Kart 8 owners a free update is inbound and includes solutions to many of the problems fans have been complaining about since release. New features in the update will include: 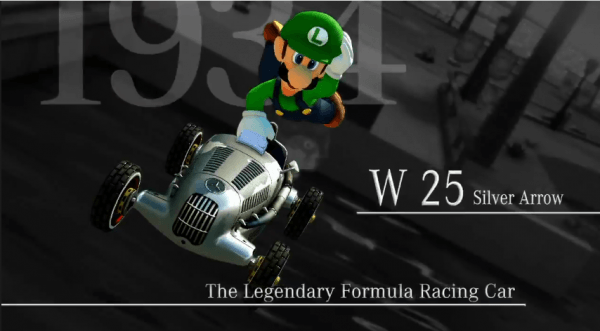 To coincide with this update, some free DLC will also be available. In a partnership with Mercedes Benz three new cars will be available for the cast to race in including the 1957 300 SL Roadster, the 1934 W 25 Silver Arrow Legendary formula one racing car and the new SUV from Mercedes called the GLA. All cars come in classic Mercedes Grey but one screenshot showing Peach driving a red 300 SL have revealed other colours will be available. The DLC and update will be launching worldwide on the 22nd anniversary of the Mario Kart series on August 27th. A special worldwide Mercedes Cup Tournament will also be running to celebrate the update and anyone can enter as long as they download the Mercedes DLC. 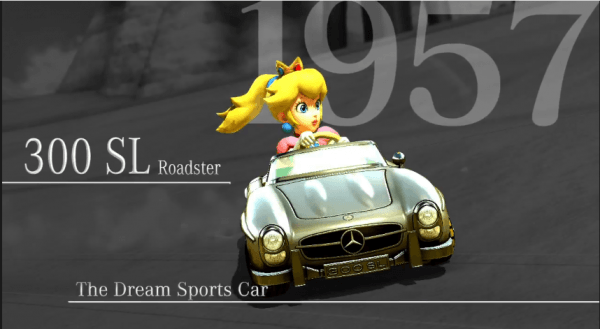 This is not the first Nintendo has teamed up with a real company for in game content. In Mario Golf: World Tour for the Nintendo 3DS players could earn exclusive Callaway golf gear by participating in special tournaments. You can watch the trailer showcasing the DLC below.