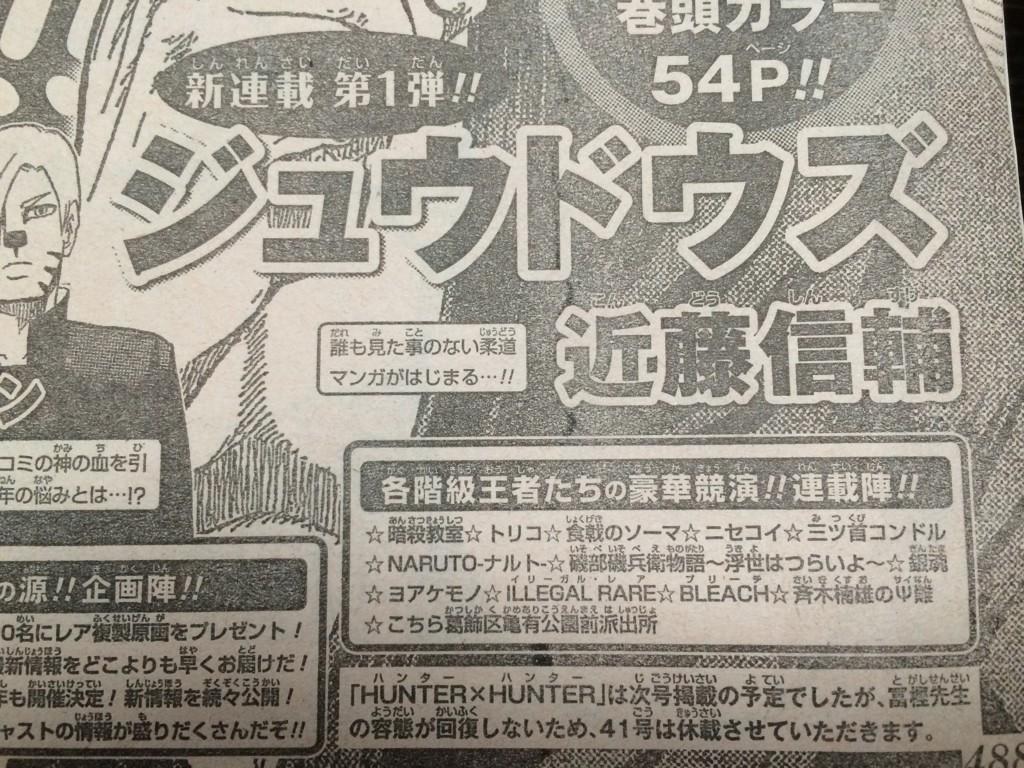 Recently the Hunter x Hunter manga has been suffering from quite a few delays. After taking a two year hiatus, Yoshihiro Togashi had returned to produce nine chapters of the manga and has since been on another hiatus due to back pain.

Initially the hiatus was only meant to last for two weeks but on the week he was meant to return, another two week hiatus was announced. This time in Jump’s 40th issue it was revealed that Hunter x Hunter would not be returning next week as expected and instead will be delayed one more week as Togashi is still in pain. This means that the manga will likely return in the 42nd issue in two weeks, unless another delay is revealed before then. It is also worth noting that these numerous hiatuses come on the heels of the announcement that the anime series would be ending on episode 148.