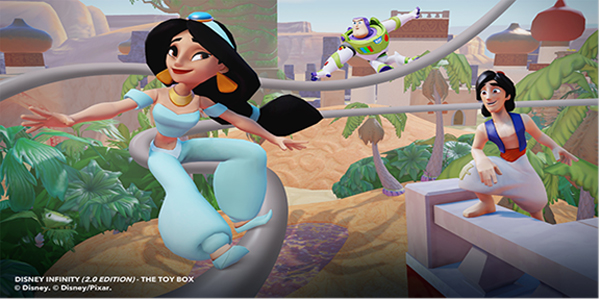 “come on down, stop on by. Hop a carpet and fly” Get ready Disney fans, as two of the House of Mouse’s most beloved characters have been announced as additions to Disney Infinity 2.0. The riff-raff street rat himself Aladdin, and his strong, beautiful love Jasmine are joining the ever-growing ranks of the upcoming video game sensation. The Agrabah duo are joining the growing cast that includes The Avengers, The Guardians of the Galaxy and various other Disney characters like Maleficent and Tinkerbell.

It should also be mentioned that with Jasmine’s addition, the total count of Disney Princesses available in the Disney Infinity franchise has grown to 5. Girl power is very much a force to be reckoned with in Disney Infinity 2.0, which is something that the original game was missing out on in its early stages. 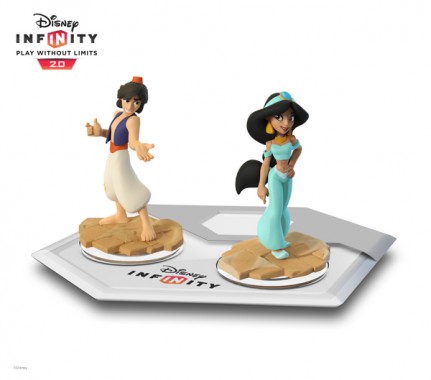 We have a brief trailer below that shows off Aladdin and Jasmine in action so be sure you check it out below and also remember to take a look at our recent hands-on preview of the upcoming game. As always, make sure you stay tuned to Capsule Computers for all the Disney Infinity news as it becomes available.