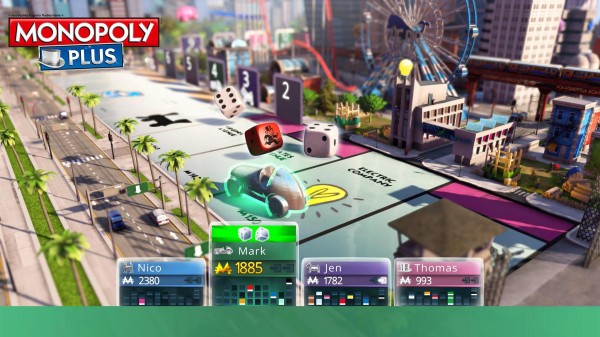 While there are numerous games available for next-gen consoles, the amount of simple family friendly titles are pretty slim. As such Ubisoft and Hasbro have announced the Hasbro Game Channel which will bring family board games Monopoly, Risk, and Trivia Pursuit to the Xbox One, PlayStation 4, PlayStation 3 and Xbox 360.

While no price was announced for the downloadable titles, the channel will launch worldwide in Autumn 2014 and feature Monopoly Plus that includes both the classic board and a new 3D board, Risk, and Trivial Pursuit Live!. Screenshots and a gameplay trailer showing off each board game can be found below.

Sizzlin’ Savings on EA Games for iPhone and iPod touch

Monopoly Streets hits the Streets in a 3D world !!