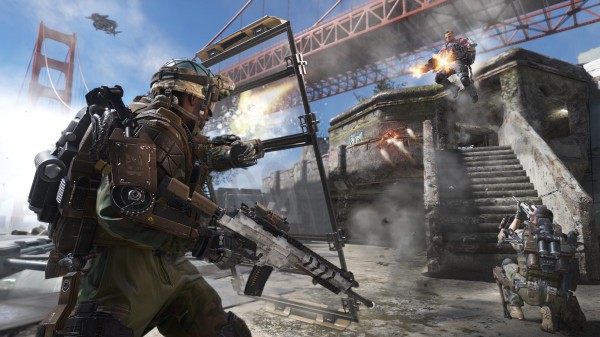 Last year’s Call of Duty left a lot to be desired as far as its online component went and it seems that Activision has learned from their mistakes if this multiplayer reveal trailer is anything to go by. Today’s trailer showing off the first multiplayer footage from Call of Duty: Advanced Warfare reveals the fast paced combat that makes use of numerous pieces of futuristic tech to give this title a unique feeling, albeit one that is hauntingly similar to a certain FPS released earlier this year.

Also announced today is the fact that anyone who pre-orders Call of Duty: Advanced Warfare will be automatically upgraded to the Day Zero edition which gives the player 24 hours of early access, an advanced arsenal featuring the bullet brass exoskeleton and EM1 Quantum directed energy weapon, two custom weapons in the form of the AK-12G Assault Rifle and Crossbow-B2, and of course double XP on November 3rd.