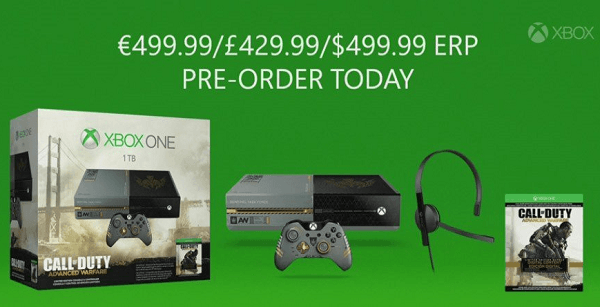 Today Activision and Microsoft announced that they will be releasing a special limited edition Xbox One bundle featuring a brand new paint job, a custom designed controller with special sound effects, and of course a copy of the game. The most enticing thing however is the fact that this bundle includes a 1 terabyte hard drive, double the size of the current Xbox One hard drive.

This bundle is set to be released the same date that Call of Duty: Advanced Warfare is released, November 3rd, and it will be priced at $499 / €499 / £429. Also released today was some brand new campaign gameplay footage which can be found below.