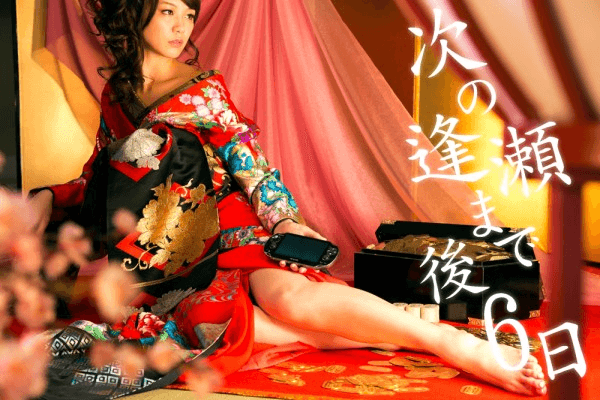 Nippon Ichi Software has launched a new teaser site that is currently having a countdown that started a couple of days ago. The first image shown featured a Japanese courtesan with the text saying “7 days until the next tryst.” Since then the images have continued to change and yesterday the above image revealed that the game is for the PlayStation Vita.

The text remains the same and now that there are five days left, the image has once again changed and the teaser website can be found here. Currently none of these clues really give us any idea as to what the game might be, though signs point towards it being a new IP, and it might even be for more platforms than the Vita once the countdown ends.