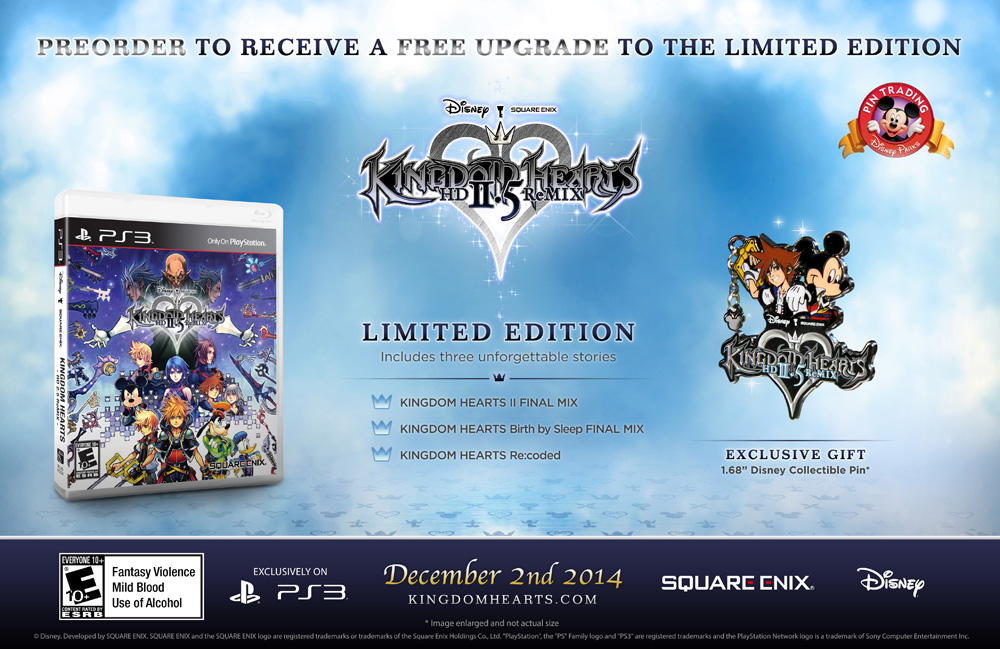 Square Enix has revealed that those who choose to pre-order Kingdom Hearts HD 2.5 Remix in Europe and North America will be given a free upgrade to the “Limited Edition” version of the game that will come with an exclusive Disney collectable pin that features Sora and Mickey Mouse and can be seen above and that is it.

To go along with this announcement the company also revealed a number of new screenshots showing off the HD cinematics taken from Kingdom Hearts Re:Coded. As for the game itself, Kingdom Hearts HD 2.5 Remix is set to be released in North America on December 2nd and in Europe on December 5th.