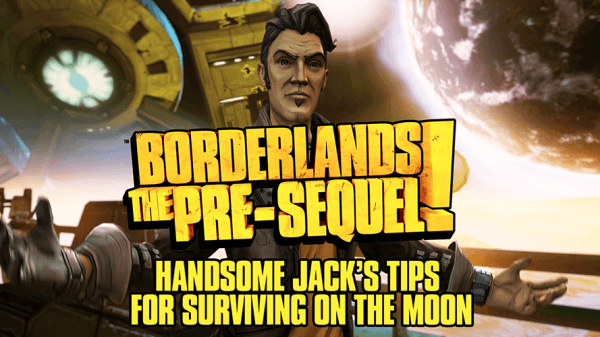 Before the press was able to get their hands on Borderlands: The Pre-Sequel at E3 last month, 2K Games let Handsome Jack give them some tips for surviving on the moon and now they have released that video so that everyone else can make use of those tips when the game is released in mid-October.

The video can be found below and in it we are treated to not only some of Handsome Jack’s standard humor but also some new gameplay footage showing how players can make use of the moon’s low gravity to float through the air as well as slam into the ground to do damage to opponents.