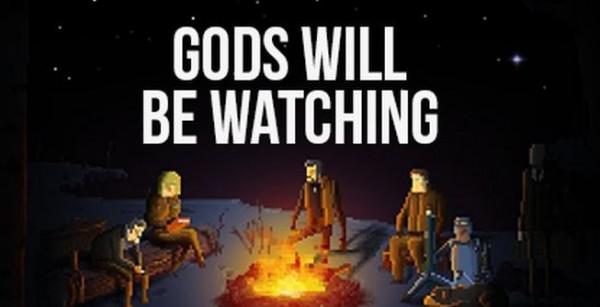 Gods Will Be Watching is the ultimate test for players, a game that encompasses moral dilemmas and challenging decisions that will ultimately determine the survival of your crew and the human race. The pixel art point ‘n’ click adventure stems from a Ludum Dare entry last year, with the original prototype offering players a deadly game of strategy and patience. 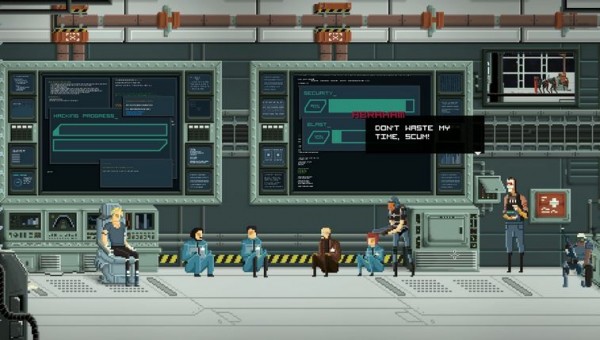 So what makes this indie thriller so enticing? The story focuses on Sargent Burden’s research team (Sarah, Jack, Dr Zenész, Donald, Br4nd-On and Marvin (the dog)) from Everdusk Company for the Universe Knowledge (ECUK) and their mission to infiltrate the bioterrorist Xenolifer, to steal back their data on the Medusa Virus. Across six excruciating narrative puzzles, players must face the harsh consequences of their choices – handling a hostage situation, enduring torture and testing experimental vaccines on your partners.

The preview of Gods Will Be Watching, promises players that they will fail, scream with frustration and spend countless hours formulating a solution to each scenario, often resorting to trial and error due to the complexity of situations. Let us thank the developers for designing the game this way. 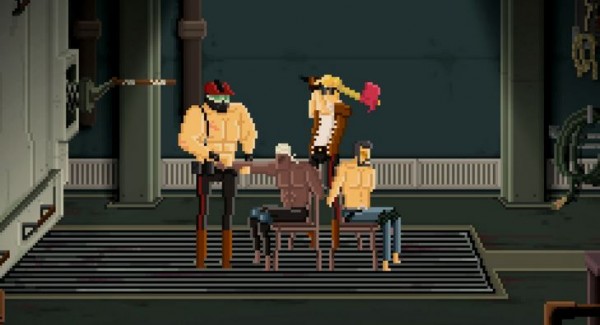 The gameplay is fairly straightforward and repetitive, moving back and forth between characters to address their next action. However, the god-like approach of controlling each character is the cleverest aspect of the game. There are no light decisions; therefore players are forced to reattempt each chapter to gain a wider understanding of the mechanics and impacts of the decision-making under the “Empathy System”. Basically, the choices players make affect both resources available and the mood of characters. 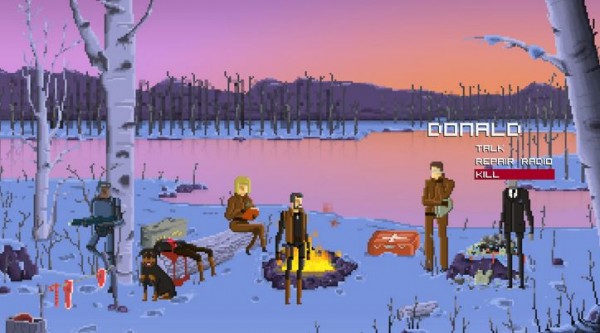 For example, in the first chapter, ‘Self-Justified Sacrifices’, players take on the role of a guard for Xenolifer, holding Burden’s crew hostage to hack information about the Medusa virus. If players do not micro-manage each hostage appropriately, they will escape or get shot trying and implicate the magnitude of leverage against the rescue team.

The diverse range of scenarios intensifies as players proceed forward in the game. In chapter three, ‘Everdusk’, the team are sent to planet Sineicos to create a cure for the Medusa virus, however Xenolifer interfere with their plans by barricading them in their research cave. The team have 32hrs to survive their prolonged exposure to the virus, and must do so by dividing tasks between characters at 30 minute intervals, including digging their way out, conducting research to create an antidote, as well as adrenaline and sedatives, and resorting to human experimentation for analysing components of the correct formula. 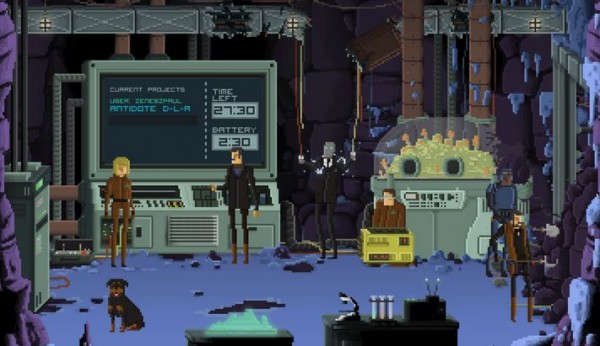 The minimalistic structure of the game compliments the pixel art animation, with beautifully designed graphics for illustrating the torturous and hostile environment within the game. As for the conversations, the grammar needs some fine-tuning, so conversations flow better and feel more natural. The developers from Deconstructeam might want to consider incorporating voice actors to liven up the character’s persona’s, especially in the disturbingly pleasant Irving and Alexander Show from chapter two.

Gods Will Be Watching proves to be a great testament to the original, a game that will question your ethics, humanity, sanity and survival instincts. There are very few simulations that challenge players to take on the role of ‘God’; determining which characters survive and whether the better choice is to sacrifice everyone on the crew to prevent genocide. Don’t be afraid to test your strengths and weaknesses, come the release date late July on Steam. 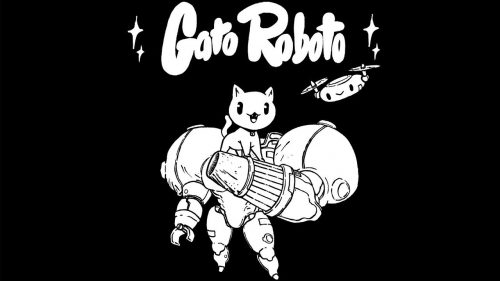