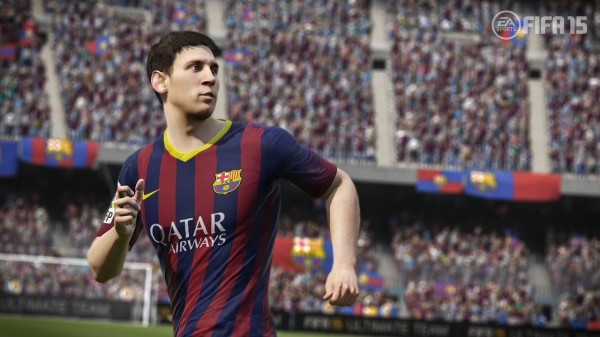 And surprise, surprise! Messi is on the cover…yet again.

EA has been dribbling out details (I know, wrong use of the word) on the upcoming FIFA 15‘s improvements and innovations over last year’s entry. After the announcement that Lionel Messi will once again grace the cover of the game, EA Sports gave us a look at its ‘Incredible Visuals’, and now the ‘Emotion & Intensity’ in a second dev diary.

Check out the former directly below, and the latter at the very bottom of this article. FIFA 15 comes out on September in Australia and September 26 in New Zealand for the Xbox One, PlayStation 4, Xbox 360, PlayStation 3 and PC.