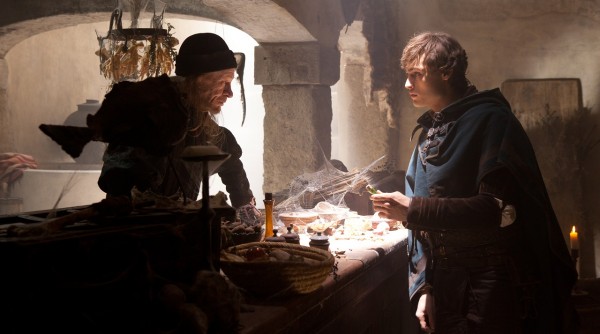 Along with Amma Asante’s romance-drama Belle, Icon Home Entertainment is bringing Carlo Cerlei’s version of the classic Shakespeare story Romeo & Juliet to DVD and Digital on September 10. This new take has been especially lauded for its spectacular score, nominated for Film Music Composition of the Year and winning Film Score of the Year and Best Original Film Score for a Drama at the 2013 International Film Music Critics Awards (IFMCA).

The movie stars Hailee Steinfeld (True Grit, 2010) as Juliet and Douglas Booth (NOAH and the upcoming Jupiter Ascending) as Romeo in what is regarded a traditional adaptation of the characters and tale, but re-imagined by Academy Award-winning writer Julian Fellowes (Downton Abbey). Veteran names such as Paul Giamatti, Damian Lewis, Stellan Skarsgård and Ed Westwick round out the highly talented cast. Although everyone involved is great, one must wonder how many times the same story can be retold! If you’re a fan of Shakespeare’s works and tragic love stories in general, however, check out Romeo & Juliet come September 10.