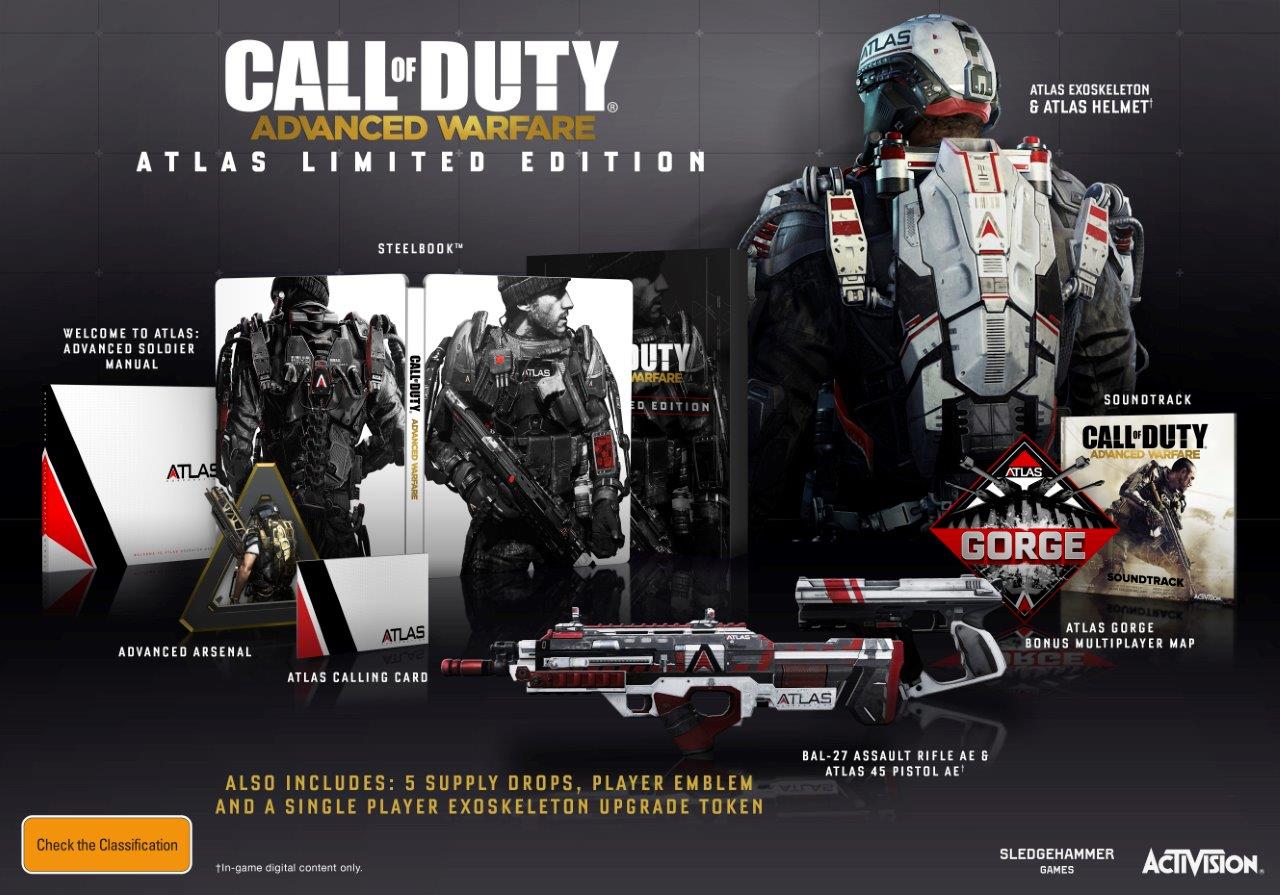 Today Activision and Sledgehammer Games had quite a bit of news for Call of Duty fans as not only have they released a trailer revealing the story that will be told in Call of Duty: Advanced Warfare but they also revealed that there will be a number of limited editions available for purchase once the game is released.

The story trailer can be found below and as for the Limited Editions, there will be two varieties with the second having a digital option. There is the own shown above, which is the Atlas Limited Edition, but there are also the Atlas Pro and Digital Pro editions. You can find the official details for each of the special editions below:

Call of Duty: Advanced Warfare Atlas Pro Edition is the ultimate package, including: