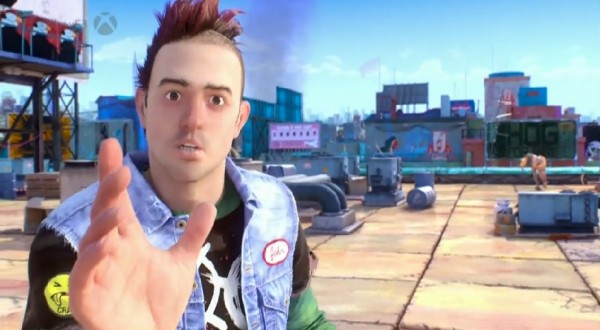 Insomniac Games’ Sunset Overdrive is set to take the shooter world by storm with a tons of color all over the place. Don’t believe me? Well even the gameplay trailer itself starts with an over the top hero stepping up to take down a bunch of bad guys while a normal looking soldier spends his time hiding behind a box.

You can check out the full gameplay trailer below, as it was presented by Ted Price, which is full of mutants being blown up and plenty of rail-grinding and as for the game itself, Sunset Overdrive is set to be released as an Xbox One exclusive on October 28th with eight player co-op and character customization.