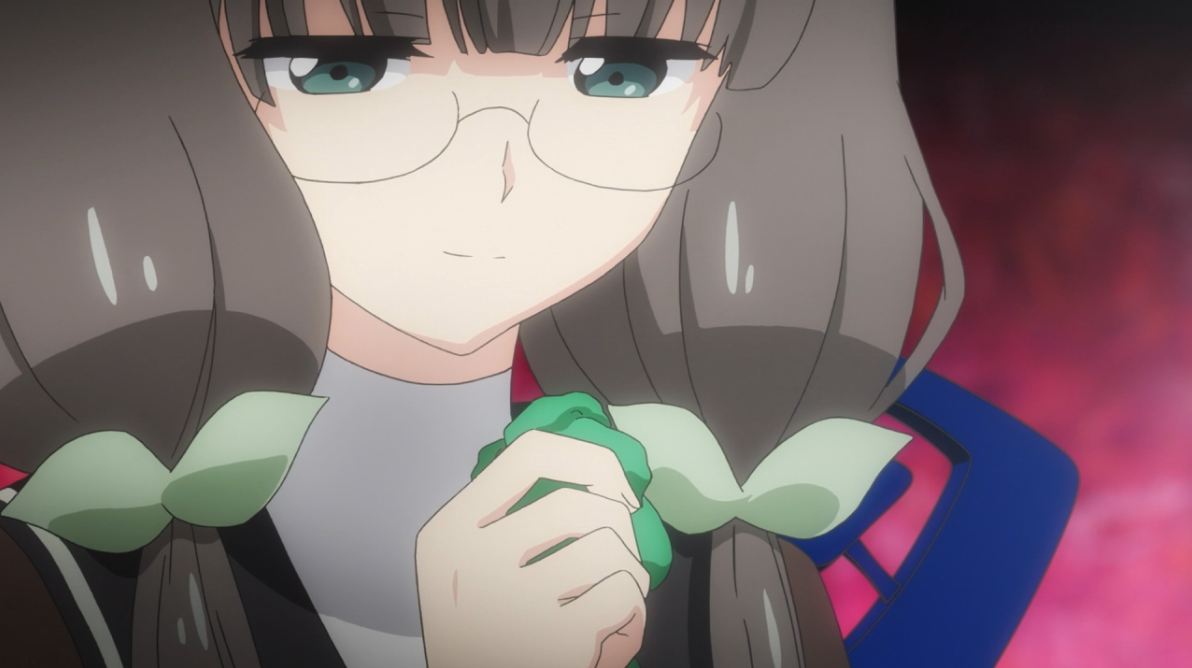 For friends once forgotten

Well here it is folks, the semi-conclusion to what has been a rather strange series. With last episode ending on yet another Hitoe related breakdown, it’s time to see if this group of tormented friends can ever enjoy the simplicity of a life without WIXOSS. But once all is said and done, as Ruko’s final confrontation against Iona comes to pass, one question will be answered: Who’s wish is greater? 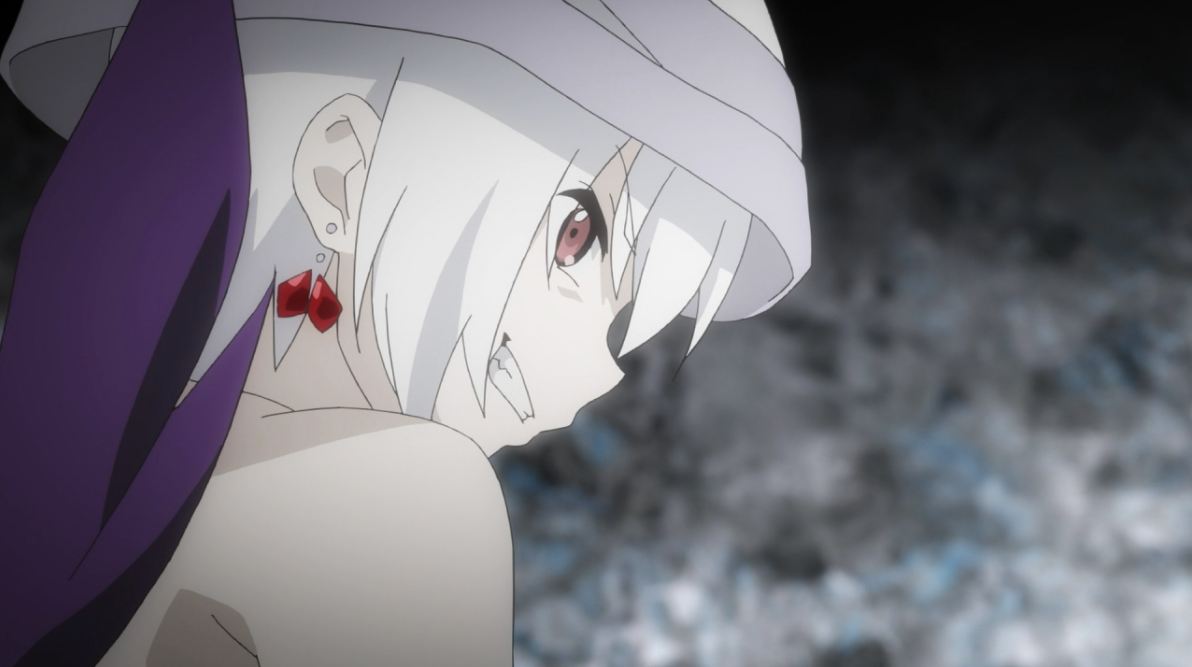 Ok, so I feel like a bit of a broken record by this point, but man has Hitoe had it rough. What with the losing her memories and the searing mental pain that arose when recollection turned to her friends. But such is the cost of WIXOSS…at least that’s what they told us. I have to say this series isn’t very consistent in its depiction of consequence. I recall, in the early days of the series, somebody explaining that a loss would render a Selector devoid of all memories related to said vocation. Yet both Hitoe and Akira, who has remained notably absent from the series, both remembered it all. Which is especially jarring for Hitoe, who was purposely stripped of specific memories. However, yet another conflict has arisen in regards to these so called rules: Hitoe remembered her friends. You know, those people whom she was to never be able to recall, or touch, or connect with in any way. Well she’s done all of those now and she’s completely fine. Seriously, recalling her lost memories did cause her pain, but she was able to fight through it like she had a fever. I mean, it’s sweet and all that she knows her friends once again, but what was the point of her entire character arc if she was just going to undermine her penalty? It just seems a little rushed which, especially considering how every other plot thread was handled in this anime, undermined the emotional impact of the entire endeavour. On top of all this, Hitoe also gained information that she shouldn’t have. I also seem to remember Yuzuki saying that a LRIG could never divulge the secrets of WIXOSS to their Selector. I suppose she could’ve learnt it from someone else, but Hitoe really isn’t the type to socialise and with her aversion to Ruko, Yuzuki becomes the only place she could’ve acquired the information. Oh well, it’s just another question left unanswered at this point.

Now we come to the heart of the matter: Iona. That Selector who we all know is bad news, despite the fact that her screentime has been noticeably limited. Though her usual demeanour would present her as cold and calculating, which she is, her true self reveals a much more sinister joy bubbling below the surface. Oh and good news, her twisted emotions are directed at Ruko…for some reason. At this point in time we honestly have no idea why she is so obsessed with Ruko, or why the final condition for her wish was watching Ruko fail, or be emotionally crushed, or something messed up like that. The fact that she called Ruko “Ru” for the entirety of the battle didn’t lessen the creepy factor, nor did her exclaiming that her opponent was “My Kominato Ruko”. What is that all about. My only though is that they’re related somehow, but that’s a plot point straight out of left field with no previous indication. Either way, we’re not going to find out for a while. Though Iona will certainly make another appearance in the future, what with her becoming Ruko’s new LRIG. Not that she lost her old one mind you, Tama just kinda…vanished. Iona also seemed as if she knew she would be reincarnated as Ruko’s LRIG, almost as if she planned it. Along with Yuzuki becoming Hitoe’s LRIG, I’m starting to think WIXOSS runs on coincidences as much as it does ill defined card games. 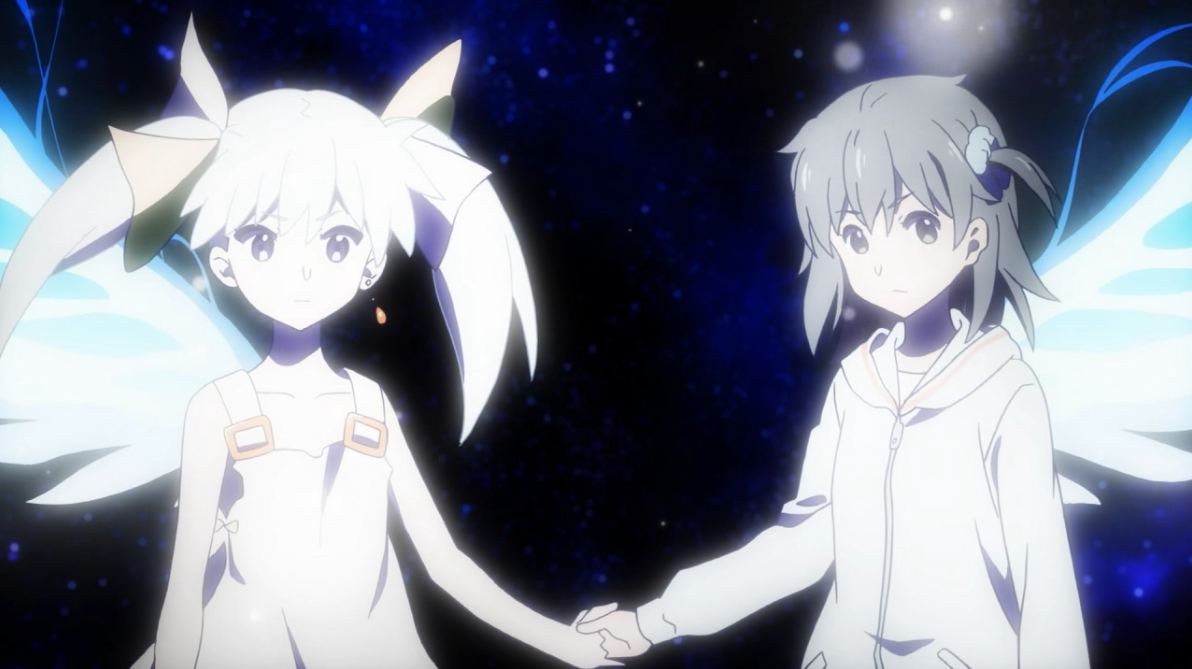 On a wing and a prayer

While I’m on the topic, what the heck is going on in the White Room? Ruko must’ve stumbled onto a terrifying wish if the apparent goddess behind WIXOSS mentally assaulted Tama in order to prevent it. I assume that freeing all of the LRIGs would have a negative effect on Mayu, whilst also destroying the concept of  Selectors, but that doesn’t make it any less cruel. Especially considering that Mayu apparently has a deep connection with Tama. Enough so that she was upset by the wounds Tama had sustained and, on the other side, Tama recalled Mayu’s voice as one she knows better than Ruko’s. Mysterious…ish. I mean, they’re both luminously white LRIG beings, they’re probably related. I mean it explains Mayu’s desire to protect Tama, though the mental anguish just seems abusive. Yet again something we do not know, nor shall we for a while. Also, thoug I understand her desire to protect her friend, Tama pretty much condemned every LRIG in existence by refusing Ruko’s wish. After all, there’s not many people going around desiring change in the WIXOSS world. So good job Tama, things really worked out for the better…

Though decidedly cool, Ruko and Iona’s confrontation raised a number of questions regarding WIXOSS battles, namely: The barrier can break? Apparently, if two decks are strong enough I guess, again I still don’t have a grasp on this game, they can shatter the dimensional barrier that separates them from Earth. Now, when you really consider it, is terrifying. Two LRIGs duking it out in the real world would be detrimental to their surroundings to say the least. We already saw Tama and Ulith clash and shake the foundations on the ridiculous building on which their battle took place. Of course, this event could be limited to the conflict between a Black and White deck, or just Tama and Ulith. We don’t know. Is the dimension shattered permanently? Will the battles change? Can regular humans now see WIXOSS? Did anyone notice the giant explosion caused by Tama? Who knows? Not us. 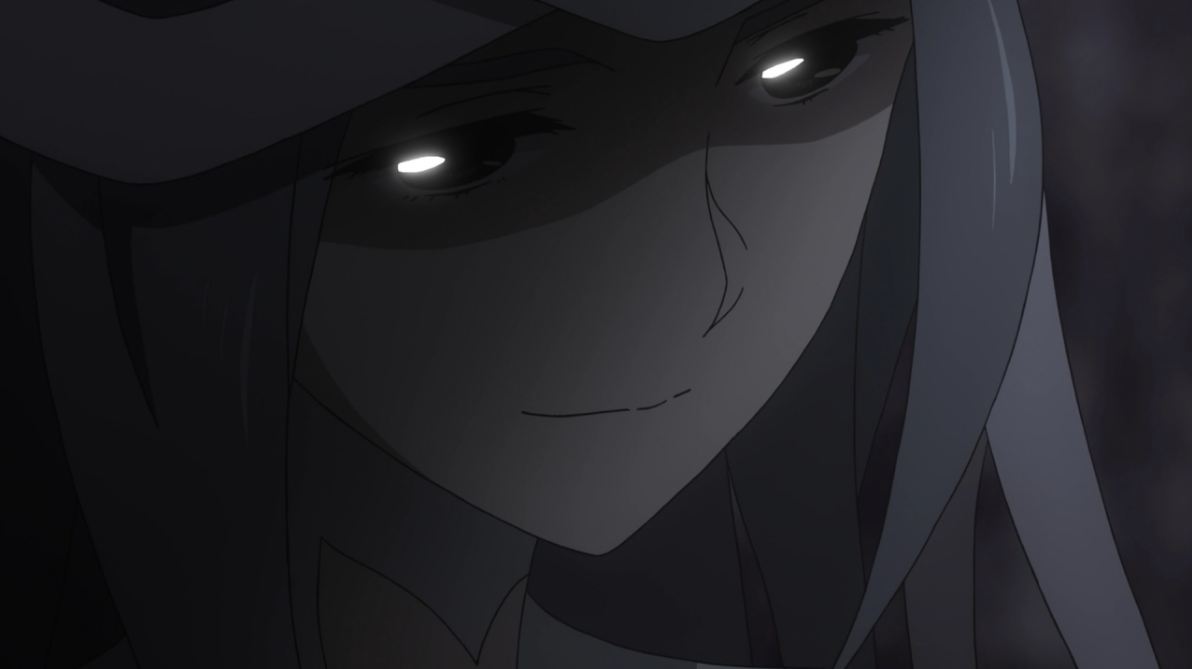 To a future made bleak…

So you may have picked up on a theme throughout this impression: Questions. As WIXOSS drew to a close, it raised a number of questions and added them to the ones we already had. We’ve got missing allies, villains who won, problems left unsolved and more emotional strife than you can shake a LRIG at. So regardless of whether you like or disliked selector infected WIXOSS, it is not a complete story unto itself. To that end, I turn you to the future when all will hopefully be revealed in selector spread WIXOSS. May we yet learn the answers that we seek…and maybe the actual rules of WIXOSS.