Larkspur, Calif., June 2, 2014 – Wage guerrilla warfare and reclaim the streets of Philadelphia in Homefront: The Revolution, a captivating new free-roaming FPS to be co-published in 2015 by Crytek and Deep Silver.

Coming to Xbox One, the all-in-one games and entertainment system from Microsoft, PlayStation®4, PC, Mac and Linux in 2015, Homefront: The Revolution throws players into a near future dystopia. Catastrophic events have brought the United States to its knees and enabled the Korean People’s Army forces to impose a brutal military occupation. Trapped in this American nightmare, Philadelphia has become a police state, where surveillance drones and armored patrols keep her once-proud citizens at heel, crushing any dissent with totalitarian force.

To overcome their oppressors, players will have to engage in guerrilla warfare and use ambush, infiltration and hit and run tactics in thrilling un-scripted firefights. At every turn they’ll find a sprawling open-world city, in which recruiting fellow revolutionaries and building improvised homebrew weapons are just two of the keys to creating a powerful resistance force.

The Resistance flourishes far beyond the single player. Homefront: The Revolution supports up to four players in online Co-Op gameplay where you form your own resistance cell and become renowned as Heroes of the Revolution.

“Homefront: The Revolution stands out from the crowd by immersing players in a world where they’ll feel emotionally compelled to fight for their freedom,” said Hasit Zala, Game Director at Crytek. “We’re very excited to work with Deep Silver and deliver an experience that underlines Crytek’s commitment to quality whilst tapping into the huge potential we saw when we first acquired the Homefront IP.”

Homefront: The Revolution represents the first time Crytek and Deep Silver have worked together, with the two partners collaborating to release the game as part of a co-publishing agreement.

Developed by Crytek’s Nottingham studio, Homefront: The Revolution harnesses the latest features of Crytek’s CRYENGINE technology. On the ground, players will encounter a dynamic environment that looks and feels truly alive as day turns to night and storm clouds come and go – an authenticity that extends to the strikingly lifelike expressions, skin and clothing of everyone they encounter.

To find out more about the Homefront: The Revolution, and to watch an all-new trailer showing the game in action, visit www.homefront-game.com.

# # #
About Deep Silver
Deep Silver develops and publishes interactive games for all platforms, seeking to deliver top-quality products that provide immersive game experiences driven by the desires of the gaming community.  The company has published more than 200 games worldwide since 2003, including the best-selling zombie action Dead IslandT franchise, the critically-acclaimed MetroT: Last Light and the smash hit action adventure Saints Row IVT. Deep Silver is a wholly-owned subsidiary of Koch Media, GmbH, and includes the renowned development studio Deep Silver Volition, based in Champaign, IL. For more information, please visit www.deepsilver.com or follow us on twitter at @deepsilver.

About Crytek GmbH
Crytek GmbH (“Crytek”) is an independent company at the forefront of the interactive entertainment industry, and is dedicated to pushing the boundaries of gaming by creating standout experiences for PC, Xbox One, PlayStation®4, Wii UTM, Xbox 360, PlayStation®3, iOS and Android using their cutting-edge 3D-Game-Technology, CRYENGINE®.

Since its foundation in 1999, Crytek has consistently been recognized for excellence in its field, earning accolades such as the 2011 Develop Award for Best Independent Studio, and two Red Dot Design Awards (in 2010 and 2013). Its multi-award winning games include Far Cry®, Crysis® (awarded best PC Game of E3 2007 and Best Technology at the 2008 Game Developers Choice Awards), Crysis Warhead® (awarded Best Graphics Technology at IGN Best of 2008 Awards), Crysis® 2 (awarded Best Shooter of E3 2010 and Gamescom 2010), Crysis® 3, Ryse: Son of Rome and Warface (awarded Best Social/Casual/Online Game of Gamescom 2012). For more information, please visit www.crytek.com.

Windows, Xbox, Xbox One, Xbox 360 and Xbox LIVE are trademarks or registered trademarks of the Microsoft group of companies.

“PlayStation” and “PS3” are trademarks or registered trademarks of Sony Computer Entertainment Inc. All Rights Reserved.

ESRB info:
This video/trailer may only be displayed if it is behind an age-gate that: (1) is age-neutral (i.e., requires the user to input their date of birth or select it from a drop-down bar); (2) employs reasonable technical measures to keep underage users from re-entering their age after initially being denied access; and (3) does not display any ESRB rating information on the trailer player or the age-gate itself. Failure to implement these requirements may jeopardize your ability to obtain material of this nature from us in the future. ESRB rating icons are registered trademarks of the Entertainment Software Association (ESA) and may not be used without permission of the ESA 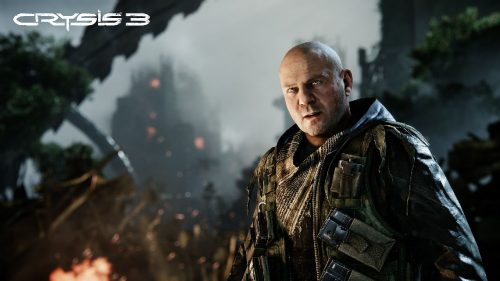