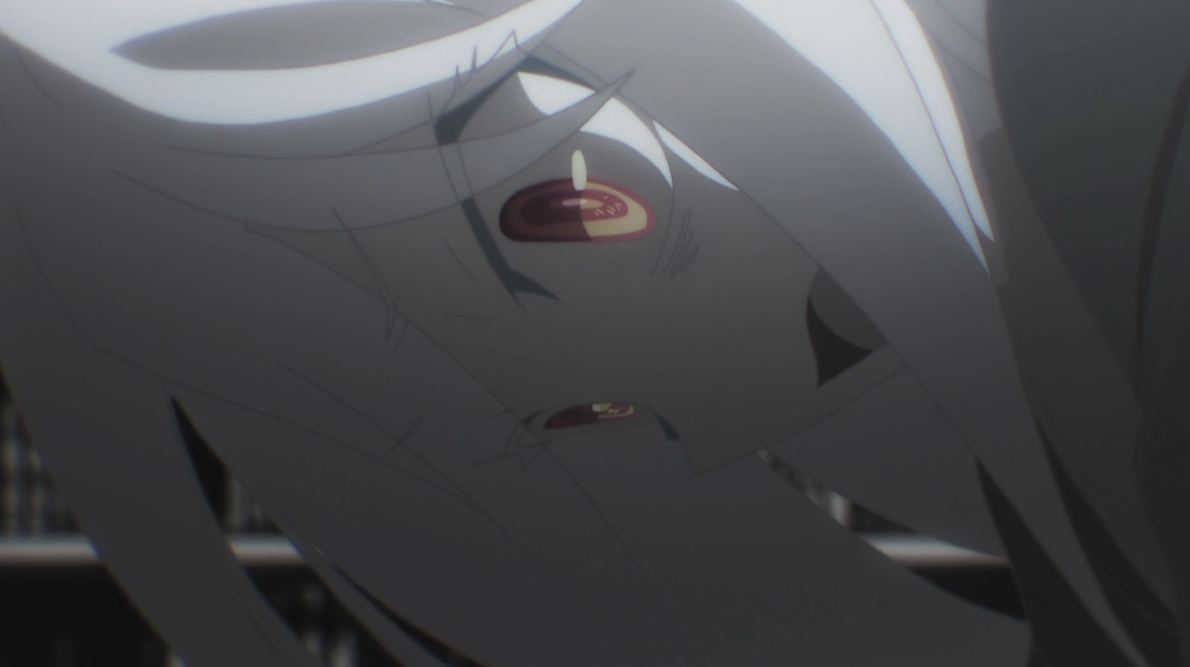 Life is the harshest game we play

Well, last episode certainly ended with a twist didn’t it? Following on from the apparent revelation that Sora does not exist, poor Shiro is left confused and emotionally broken by the memories that she has always had a brother. Clinging to the hope that her mind is not lying to her, Shiro does her damndest to prove everyone else is mistaken and that Sora is real. 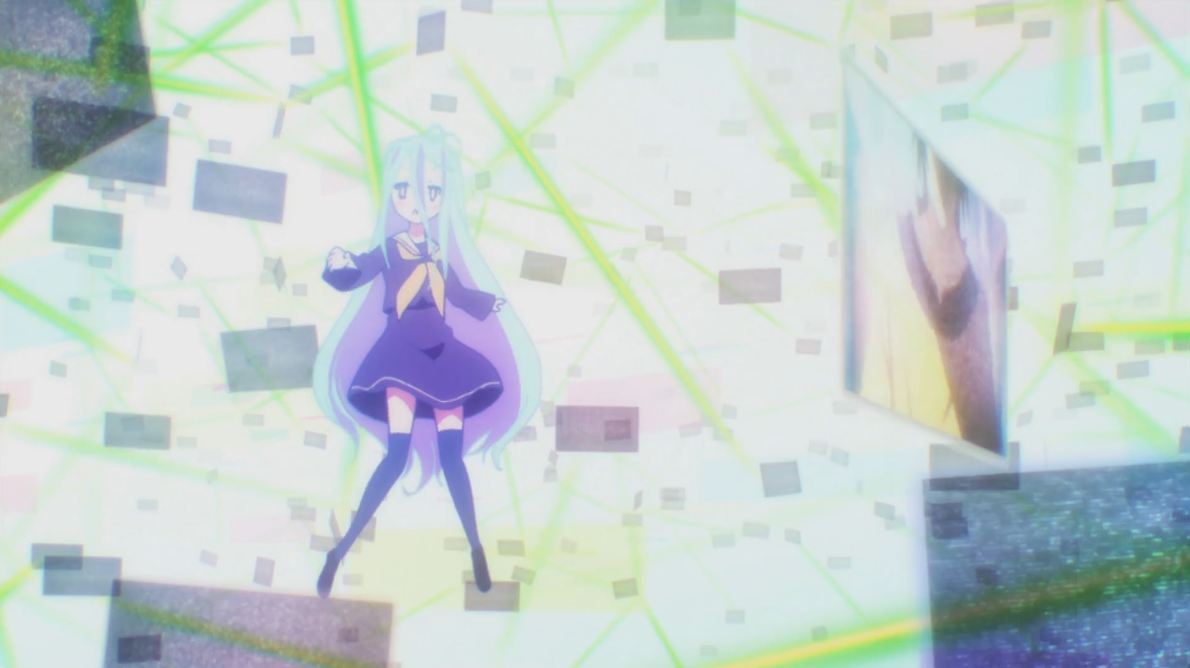 The webs of wisdom we weave

By definition, this was a very Shiro heavy episode. As Sora plays the more boisterous and confident side of Blank, Shiro never really gets the chance to act out on her own. So, by the logic of this anime, the simplest way to showcase Shiro was to remove Sora from the equation…mostly. Though still desperately searching for her brother, Shiro revealed that there is some degree of independence rattling around that genius mind of hers, quite the change since the last time the siblings were separated. Remember that? Both Sora and Shiro were pretty much catatonic when they wound up more than 5 metres from each other. Of course it was played for laughs back then, but in light the events of this episode, it shows just how much Shiro has grown during her brief time in Disboard. Though the world is presented in black and white whilst Shiro attempts to cope with losing her brother, colour returns when she remembers the rule that defines their connection and ability: Blank never loses.

On the topic of Shiro, we are made privy to a brief snippet of her past in the opening moments of the episode. Every bit the genius we know her to be, poor little Shiro was apparently left at an orphanage at the tender age of <1. You know, just after she learned to speak…yep. As if unprecedented intelligence wasn’t enough to ostracise the girl from society, she was put through countless intelligence tests in her formative years in order to quantify her intellect. It wasn’t until Sora turned up some two years later that Shiro began to understand the joy of games and colour filled her world, a visual paralleled in her chess game with Jibril. Which, by the way, I want to mention. Remember Jibril the Flugel? The almighty master of games. I know that the Flugel specialised in one game, but they’re smart. The fact that Shiro was able to best her whilst trying to lose proves one of two things: either Jibril is not that great at chess or Shiro is so prolific that she can subconsciously win…who am I kidding? It’s the second one. I just found it interesting that it’s almost of no consequence that Shiro can beat the character who mere episodes ago almost destroyed Blank…almost. We even manage to catch a glimpse inside the mind of Shiro, revealing that it is an intricate web of interconnected moments that she can freely search if she focuses. Her recollection is so precise that she can apparently remember where a memory should be, even if it is no longer present…like we needed any more proof that she’s smart. 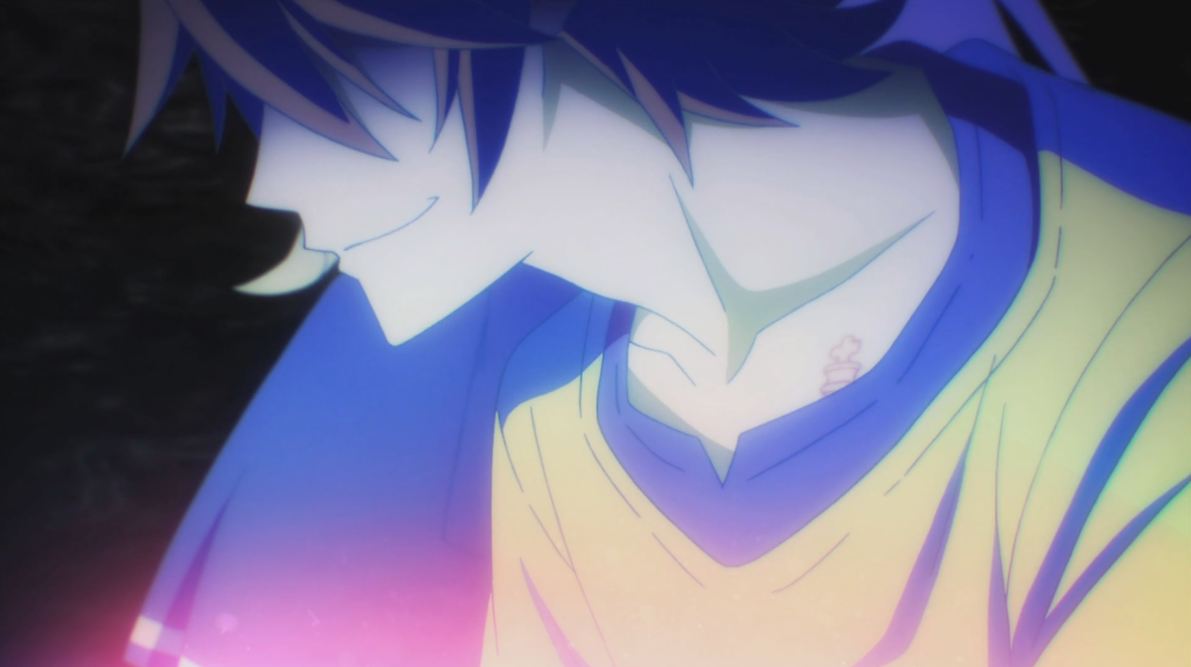 However, despite the heavy focus on Shiro this episode, it is once again Sora who set everything into motion. After Shiro’s deductive reasoning (and your’s if you were playing along at home) we learn that Sora is in a state of non-existence because of a game, not that it would’ve been anything else. The entire series is built on games. The series’ God plays games for crying out loud. Anyway, to cut a medium story short, Sora and Kurami fought each other for claim on the other’s existence. Sora won…with a little help from Shiro…ok, a lot of help. It was certainly interesting to see Shiro completely plot out every move her brother made in said game and pull out the victory despite not being able to see the board. Ridiculous, but interesting. Also pretty cool. And sweet. This is, after all, the first time we’ve seen Shiro play the ringer and help her brother out in the final moments of a game. This again lends to the fact that, with the right motivation, Shiro can stand on her own two feet and carry on without her brother. It’s pretty heartwarming. 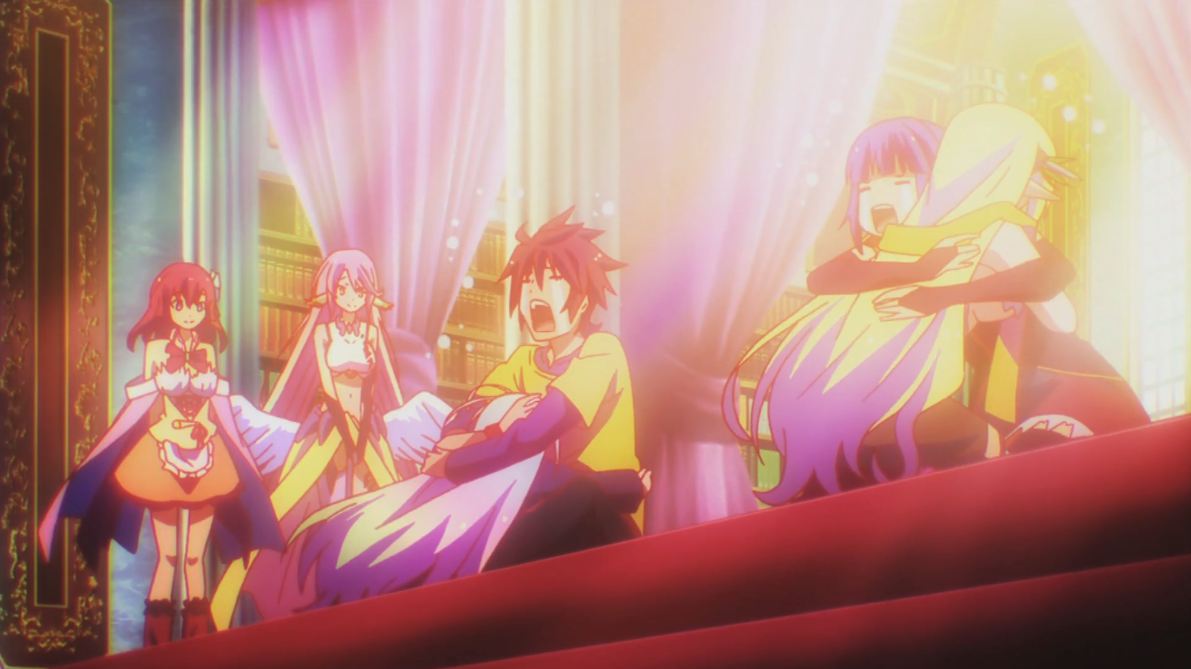 Everything is as it should be

So, having bested Kurami and Fi, Sora and Shiro gained the right to make two undefiable demands. But, being the sweethearthe is, Sora elects to let them retain their free will and choose to join him. After receiving a copy of each other’s memories, both Sora and Kurami finally arrive on the same page, ready to take on the Eastern Federation and claim a win for Imanity. Plus, with the self elected right to alter Fi’s memories, something tells me that Blank will be inordinately prepared to challenge the Warbeasts. Ironic that, despite having claimed precognitive abilities for decades, they won’t see Blank coming.