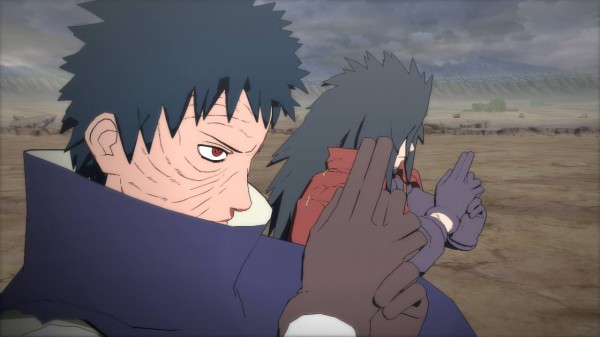 Bandai Namco have revealed some very exciting news about its latest Ultimate Ninja game, Naruto Shippuden: Ultimate Ninja Storm Revolution. First off, a demo will be available across Japan and Europe from July 2nd and will be available to play until July 23rd. The demo will feature 6 playable characters with two modes. One is an offline arcade mode and the other, for the first time in a Naruto game demo is a full online versus mode! So far we know who 4 of the 6 playable characters will be, including Tailed Beast Mode Naruto, Sasuke, Kakashi and Mecha Naruto. The demo appears to be coming to all three release platforms which are the PS3, Xbox 360 and PC.

That wasn’t all the big news announced today though. Obito Uchiha will be making his debut appearance as a playable character and will be sporting the Juubi as his true awakening. Not only that, but he will have a unique team ultimate jutsu with Madara which involves the Jubii effectively nuking the battlefield. You can check out the new screenshots below to see him in action. Obito joins the huge list of new characters joining the game including Konohamaru and Naruto’s old sensei Iruka. The full game releases on September 11th. Let us know if you’ll be grabbing the demo and check back with us for our impressions when it becomes available.