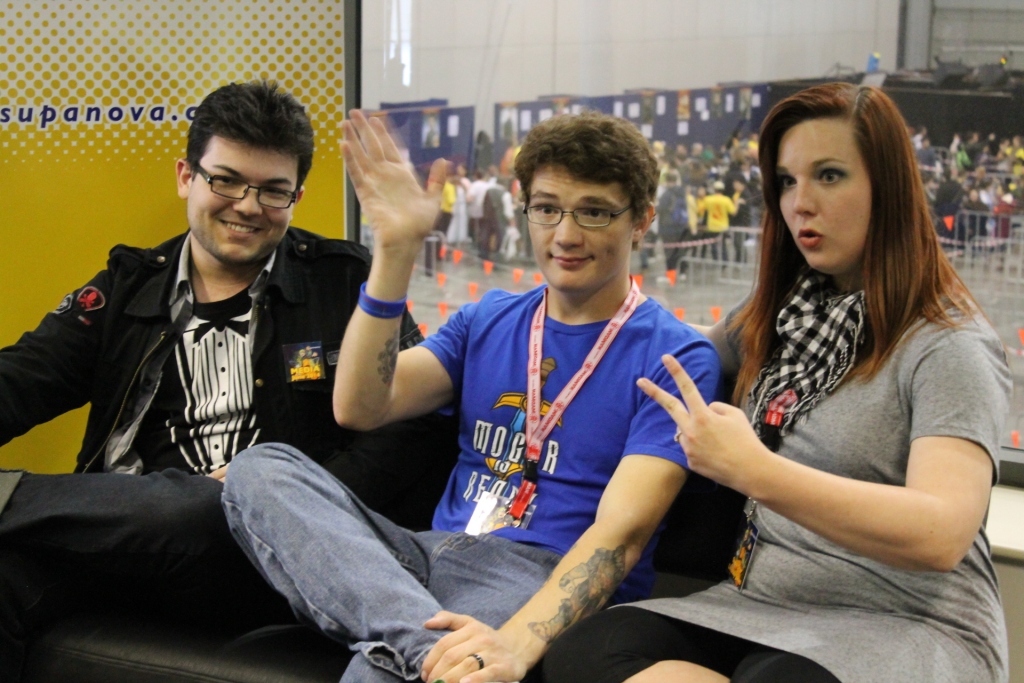 In between the never ending line of fans clamouring for an autograph and jam packed panels, Michael and Lindsay Jones of Rooster Teeth were kind enough to take time from their chaotic stint at Supanova 2014 to sit down for an interview.

Being that the internet has been abuzz with news of the Jones wedding, we discussed how having such an intense fanbase affects a personal relationship. Turning to “business”, we also talk about some of the finer points of Achievement Hunting, voice acting (both anime and otherwise) and the all around tomfoolery people have come to expect from the staff of Rooster Teeth.

So check out the video below and enjoy our friendly little chat. Be sure sure to stick around ’til the end though for what can only be described as vamp gold.