HANFORD, CALIF.– June 5, 2014 –  GMT Games, a leading developer of multiple award-winning war games and strategy board games, launched a Kickstarter campaign today to bring the company’s critically acclaimed war strategy board game Twilight Struggle to PC, Mac, Linux, Android and iOS devices.  The company has set a goal of $50,000 to fund development of the digital version of the game. Additionally, the campaign will allow for the creation of additional content, available in both digital and physical versions to Kickstarter supporters.

Twilight Struggle simulates the conflicts between the U.S.A. and the U.S.S.R. during the Cold War era.  Players must spread the influence of the countries throughout the world using actual events of history to rewrite the outcome in their favor. Since its original release in 2005, the game has won nearly a dozen major industry awards, including multiple “Game of the Year” awards from a wide variety of game industry organizations.

“Fans of Twilight Struggle wait no longer. With Playdek’s development and the support of our fans on Kickstarter, we will make our dream of a digital version of Twilight Struggle a reality so fans can play the game whenever, wherever, and with whoever they want,” said Gene Billingsley, Founder, GMT Games. “We know with your strong support we can make this happen.”

Development partner Playdek, known for creating award-winning digital versions of some of the world’s best physical games, will lead the technical side of the project.

“Playdek has established itself as one of the key players in the digital space and is known for the elegance of their User Interfaces, their approach to creating AI, their attention to detail and their dedication to customer satisfaction. As players we are among their admirers,” said Billingsley. “When the opportunity arose to have them create the digital version of Twilight Struggle with us, we were thrilled, honored and really excited. We’re grateful to have the talents and experience of Playdek at our side.”

“Twilight Struggle is a game we know and love at Playdek,” said Joel Goodman, CEO, Playdek. “We support this Kickstarter campaign to help bring this fantastic game to digital platforms to make it more accessible and available to all kinds of gamers. We also know the core fan base has been waiting and with your help we can help GMT reach its goal.”

For Kickstarter backers, GMT has designed a special reward: original Twilight Struggle game designers Ananda Gupta and Jason Matthews have come together once more to create a new expansion for Twilight Struggle called Twilight Struggle: What If? Backers will receive a What If? digital copy, a physical copy, or both depending on backer tier.

Twilight Struggle: What If? is a new mini-expansion that lets players explore alternate starting situations for the two superpowers. What if Chiang’s forces had held on in southern China? What if Churchill’s Tories had won re-election in 1945? And what if the Western Allies had crossed the bridge too far, and reached Berlin first? These and other possibilities that alter the opening setup in Twilight Struggle are now open to players. Both seasoned veterans and new arrivals will enjoy the many new plays and dilemmas introduced here for the first time. This expansion will contain eight cards, one set of charts and tables, and the rules on how to play with the expansion.

GMT Games was founded in 1990, headquartered in Hanford, California. Over the past 24 years, GMT’s talented design, development and graphic design teams have combined to create over 200 quality wargames and strategy games, including multiple award-winning titles like Twilight Struggle, Dominant Species, Commands & Colors: Ancients, Here I Stand, and SPQR. They have created innovative and memorable series, some spawning over a dozen games and expansions, including The Great Battles of History, Combat Commander, Commands & Colors, and an entire genre of Card-Driven Games like Paths of Glory, Wilderness War, Sword of Rome, For the People, Washington’s War and Twilight Struggle.  Please visit www.GMTgames.com for more information. 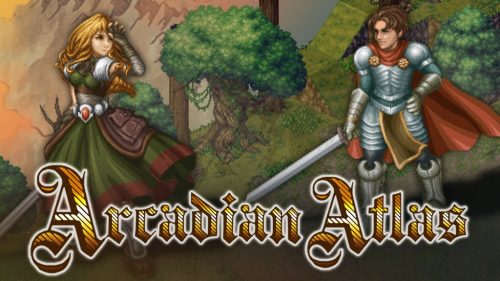