San Francisco, Calif. – June 3, 2014 – Glu Mobile Inc. (NASDAQ: GLUU), a leading global developer and publisher of free-to-play games for smartphone and tablet devices, today announced that the company will partner with Skydance Productions to create a free-to-play mobile game in coordination with the theatrical release of the new Terminator film. Designed in collaboration with the film’s creative team, the game will introduce gamers and fans alike to the characters, events and action of the Terminator franchise. Scheduled for initial release in summer 2015, Glu’s Terminator game will be available to mobile audiences worldwide across all major mobile platforms.

“Terminator is one of the most iconic action brands in entertainment and we are pleased to be the first to bring the franchise to mobile as a free-to-play game,” said Niccolo de Masi, Glu CEO. “We look forward to offering our high-energy, action packed gameplay to the millions of Terminator fans worldwide.”

“There aren’t many mobile or free-to-play games that offer compelling action or true excitement, but Glu’s titles have proven that it’s possible to deliver both,” said David Ellison, Skydance CEO. “We’re excited to be working with them to design a game that will let gamers experience head-to-head combat in the Terminator universe.”

The Terminator franchise launched in 1984 with Schwarzenegger as the title character and spanned three subsequent films, which have earned more than $1 billion at the worldwide box office.

Paramount will distribute the film worldwide on July 1, 2015.

Glu Mobile (NASDAQ:GLUU) is a leading global developer and publisher of free-to-play games for smartphone and tablet devices. Glu is focused on creating compelling original IP games such as CONTRACT KILLER, DEER HUNTER, ETERNITY WARRIORS, and FRONTLINE COMMANDO on a wide range of platforms including iOS, Android, Windows Phone, and MAC OS. Glu’s unique technology platform enables its titles to be accessible to a broad audience of consumers globally. Founded in 2001, Glu is headquartered in San Francisco with a major office outside Seattle, and international locations in Canada, China, India, Japan, Korea, and Russia. Consumers can find high-quality entertainment wherever they see the ‘g’ character logo or at www.glu.com. For live updates, please follow Glu via Twitter at www.twitter.com/glumobile or become a Glu fan at Facebook.com/glumobile.  CONTRACT KILLER, DEER HUNTER, ETERNITY WARRIORS, FRONTLINE COMMANDO, GLU, GLU MOBILE and the ‘g’ character logo are trademarks of Glu Mobile Inc.

This press release contains certain “forward-looking statements” related to the business of Glu Mobile Inc., including statements regarding the expected launch date of the game Glu is developing based on the new Terminator film and that the game will be available on all major mobile platforms. Such forward-looking statements involve known and unknown risks and uncertainties, including, but not limited to, the risk that we do not realize the expected benefits from our agreement with Skydance Productions; the risk that consumer demand for smartphones, tablets and next-generation platforms does not grow as significantly as we anticipate or that we will be unable to capitalize on any such growth; the risk that we do not realize a sufficient return on our investment with respect to our efforts to develop free-to-play games for smartphones, tablets and next-generation platforms; and the risk of product delays. Certain of these risks and uncertainties are or will be described in greater detail in our public filings with the SEC. Glu is not under obligation to (and expressly disclaims any such obligation to) update or alter its forward-looking statements whether as a result of new information, future events or otherwise.

Doctor Who in Terminator Reboot 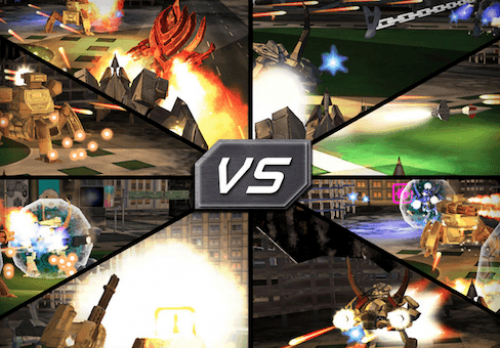