Cast off the darkness

Fans of the Final Fantasy franchise will be happy to know that Square Enix has just announced that the third instalment is now available on Steam. First released in Japan in 1990, Final Fantasy III was the first title in the series to become a million-seller, establishing once and for all that Square Enix’s “final” project was one that was going to last. The game first reached European shores in 2007 when it launched as a 3D remake on the Nintendo DS, also selling in excess of one million copies.

Protected by the crystals of light, the once peaceful land has forever been changed by the great tremor. Without warning, the earthquake pulled the crystals into the earth, upsetting the world’s fragile balance. It seems as if all hope is lost – but as the Gulgan prophecy foretold, four souls blessed with the light shall once again restore balance to the world.

Near the small village of Ur, fate guides Luneth to a sentient crystal that changes his life forever. As the light of the crystal fades, Luneth embarks on a journey to seek three others who share his destiny to search for the remaining crystals, and fight the battle of light and darkness.

Now available on Steam, Final Fantasy III has been optimised for PC gaming with new and improved 3D visuals and story sequences, quicker browsing through the monster bestiary and other game records, along with new visual designs for the Job Mastery Cards. The release also includes Steam Trading Cards and Achievements for players to earn.

Final Fantasy III is available now for the low, low price $15.99, so head on over to Steam and download yourself some memories. Now, check out the trailer below and glimpse at a world losing its light…before you save it of course. 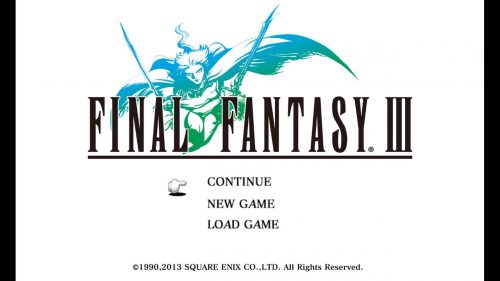