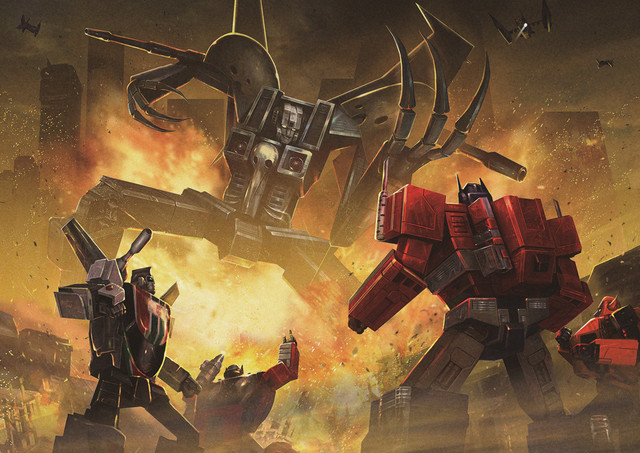 Though previously announced for June 12th, it would seem that some sites have posted early listings for the crossover titan that is Optimus Prime EVA Mode, going for over $300.

After a long silence, the mysterious creatures known as “Angels” have reappeared. The UN’s assembled weapons are unable to damage them… in the end, the operation was turned over to the secret agency, NERV. The Angel attacks, its target is Tokyo-3. At that moment, a space shuttle descends: the Autobot Sky Lynx! Led by Optimus Prime, the Autobots emerge from the shuttle in pursuit of an unknown energy reading.
“We cannot let this planet face disasters such as Second Impact. …what? What is that monster?”
Shocked at the size of the Angel, Optimus Prime descends… 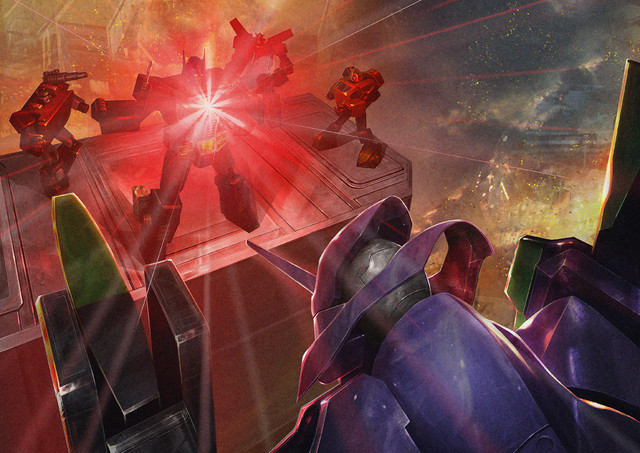 At that point, a mysterious shade appeared before the Angel.
“I feel… such energy… I like it! This will make a worthy new body for me…!”
“It can’t be! S…Starscream!?” Optimus Prime raised his voice involuntarily. Having lost his life in the war with Unicron several years ago, Starscream continued to exist as a spark without a body… a ghost.
Upon integrating with Starscream, the Angel changed instantly to a gigantic, half-Starscream form… an “Angel”Scream.
“…what is this? The Angel has deformed!” Understandably, Misato could also not hide her shock.
“HAHAHA! At last, a new body!” “Angel”Scream laughed. Then suddenly he noticed Optimus Prime at his feet. “Heh heh… Autobots. A perfect opportunity to test my new power!” Turning his anger on Optimus Prime, his new body dwarfed the Autobot’s. 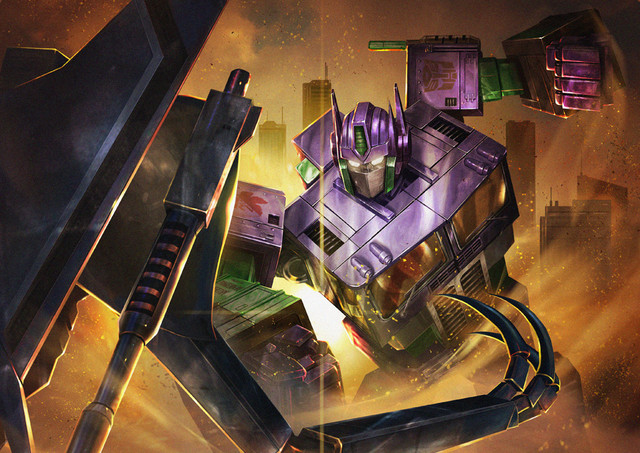 Transform and rise up!

The situation was becoming more confused, with one unexpected event after another. However, Director Katsuragi gave the order to transform Tokyo-3 and launch Eva-01 as planned.
“What? This place transforms like Scramble City?” Just as Optimus thought this, the ground before him opened, and Evangelion Unit 01 was lifted into view. The Autobots were overwhelmed by the sense of scale.
“I never thought that humans could make such a robot…!” But Optimus Prime had a strange feeling when he looked at the figure. “I feel… life! The Call of The Primitives!* This isn’t a robot!”
Scanning Eva-01, Optimus Prime grew in an instant to gigantic proportions and his body took on the purple color of the Evangelion. “Now the Transformer is an Eva…?” A stunned Misato and the NERV staff could only watch.
A giant Optimus Prime opened his chest armor, emitting a glare that caused Angel Starscream to roar.
“UWOOOOOH!
The Matrix within his chest shone the red of an Angel’s core, bringing with it the feeling that a new form of life had been born. The story of the battles that have evolved to a new stage kick off now!

Well there you have it folks, the unholy and completely awesome fusion of two franchises that show us just how destructive robots can be. Thanks Takara Tomy! With the reveal of this story alongside the figure release, perhaps it isn’t so unreasonable for us to expect a manga release, or at the very least some more figures. *cough* Angelscream *cough* 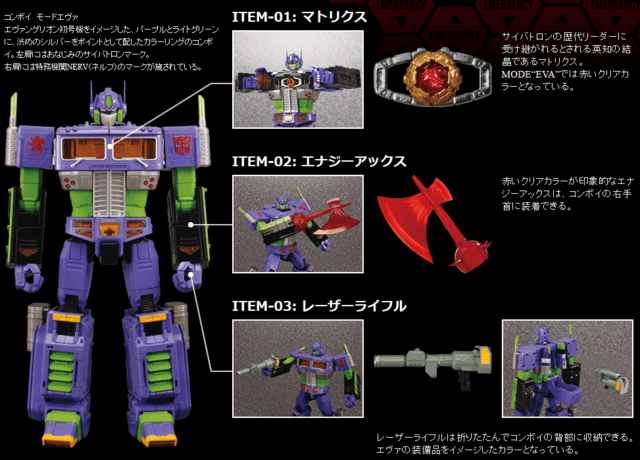 If at first you don’t succeed, you musn’t have an axe hand 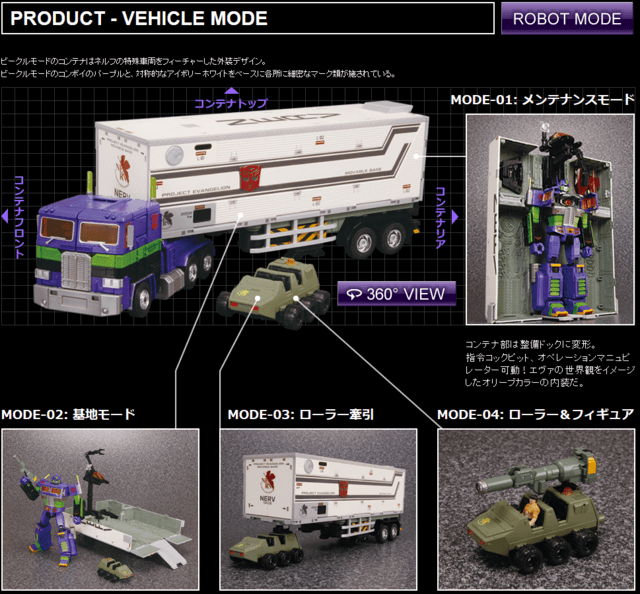 He has his own trailer? What a dEVA 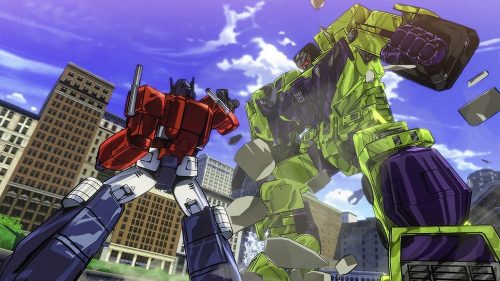