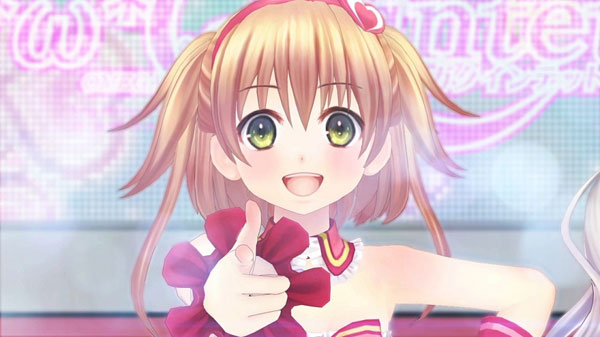 Today Compile Heart has released a three minute long teaser trailer for Omega Quintent that introduces us to the five idols that must save the world from the “Beep.” Despite being three minutes long the majority of the footage shows a performance of the song “Inchoate Voice” from all five members of the group.

In case you missed it, Omega Quintet is a PlayStation 4 idol based RPG where a dark entity known as “Beep” attacks peoples’ minds and conventional weapons are completely ineffective against them which makes their rapidly increasing numbers a dangerous prospect as they quickly spread throughout the world. The only way that humankind can fight against the Beep is through Songstresses which are the five girls in the idol group named Otoha, Kyouka, Kanadeko, Nene, and Aria.