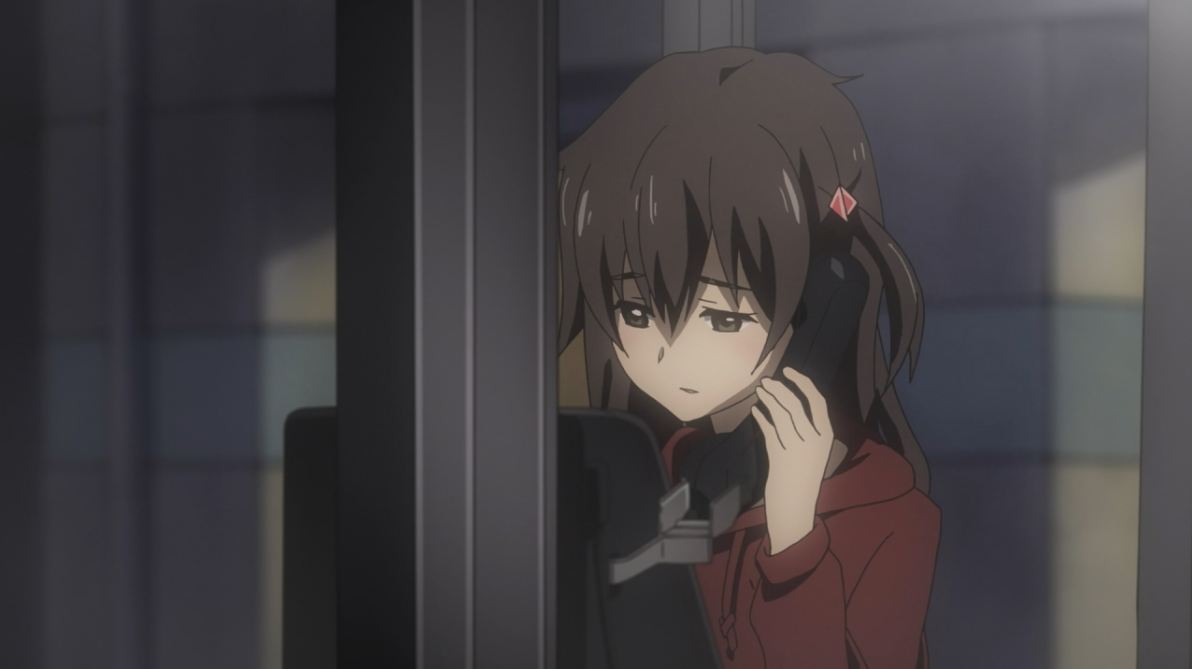 A call for help…

I said it before and I’ll say it again, being a Selector sucks. It’s stressful, terrifying and as far as we know has had a 100% failure rate thus far. Sounds positively inviting doesn’t it? Though it took the destruction of a life close to hers, last episode saw Ruko crack under the pressure of Selector life. Though as much as it pains her, can she bring herself to leave it all behind? 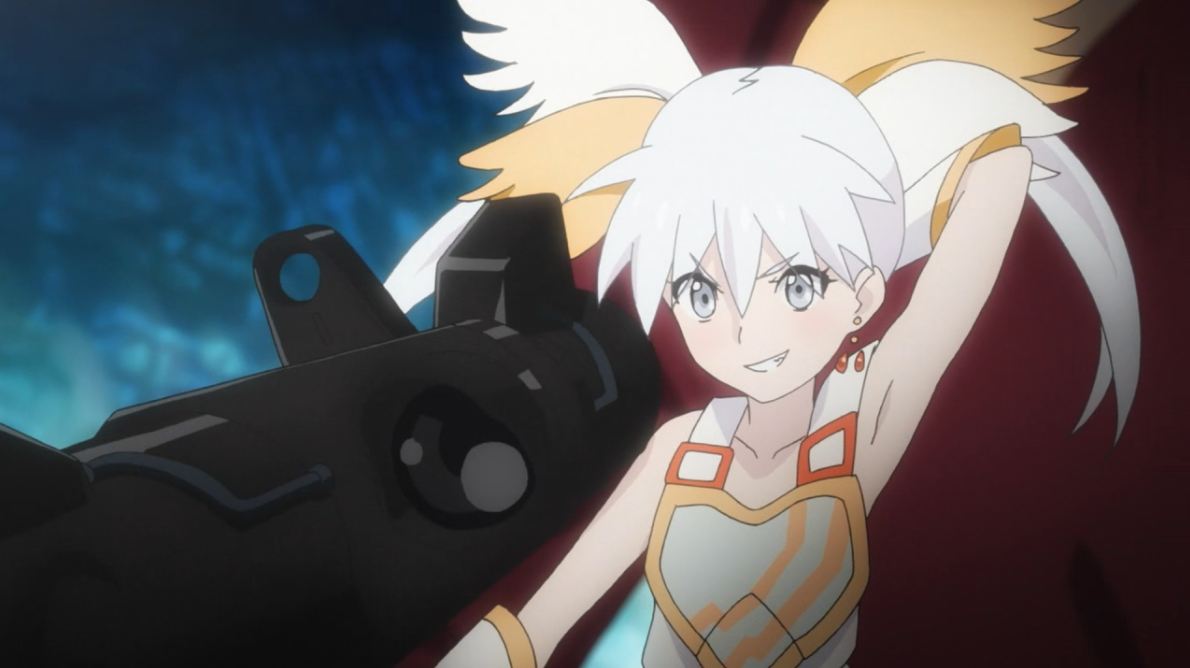 If at first you don’t succeed, use a bigger weapon

No. If there’s one thing this episode does, it’s show us that despite all of the fear, all of the pain, all of the sadness, Ruko loves to battle…like a lot. Too much in fact. Unlike those who enjoy WIXOSS around her, Ruko’s love of battle is presented as an addiction. And a serious one at that. Just seeing other people playing the game is enough to make her anxious, causing her to seek out an opponent. Though we’ve all seen Ruko’s increasing love for battle, this is the first episode to outright state how relentless her desire is. Despite declaring multiple times that she’ll never battle again, she folds so quickly when Iona presses the issue. She doesn’t even agree to fight for justice or revenge or any particular reason, she just does, despite claiming she didn’t mean to. It’s honestly pretty sad to see her try to fight against her urge to battle and ultimately failing. This whole situation makes WIXOSS oddly analogous to drugs. Think about it. All the “cool” kids are doing it, they all think it’ll change their lives for the better and none of them truly understand the consequences of their actions. Of course it could just be an anime about vaguely defined card games and magic wishes, but my description sounds more philosophical doesn’t it?

This week also gives us a chance to learn a little more about Iona, the until now stoic and mysterious figure in the Selector world. Though she is indeed all of these things, she is also more like Ruko than you would expect. Sharing the same lust for battle as her, Iona explains to Ruko the rush of WIXOSS and how it provides an escape from her life. Not a bad life mind you, just not a good one. Apparently being average just wasn’t cutting it for the aspiring model. One similarity that I found interesting between the two Selectors was the LRIGs they carry. Though both appear to frail and pale girls, they possess and incredible thirst for combat and a personality that isn’t entirely what you’d expect. Granted that Uris is far more sadistic than Tama, both wish for nothing more than a strong opponent. Whether or not it is the LRIGs causing Iona and Ruko’s desire to fight is unclear at this point, after all the LRIGs could be manifestations of the girls themselves. Iona certainly lets Uris do most of the talking. 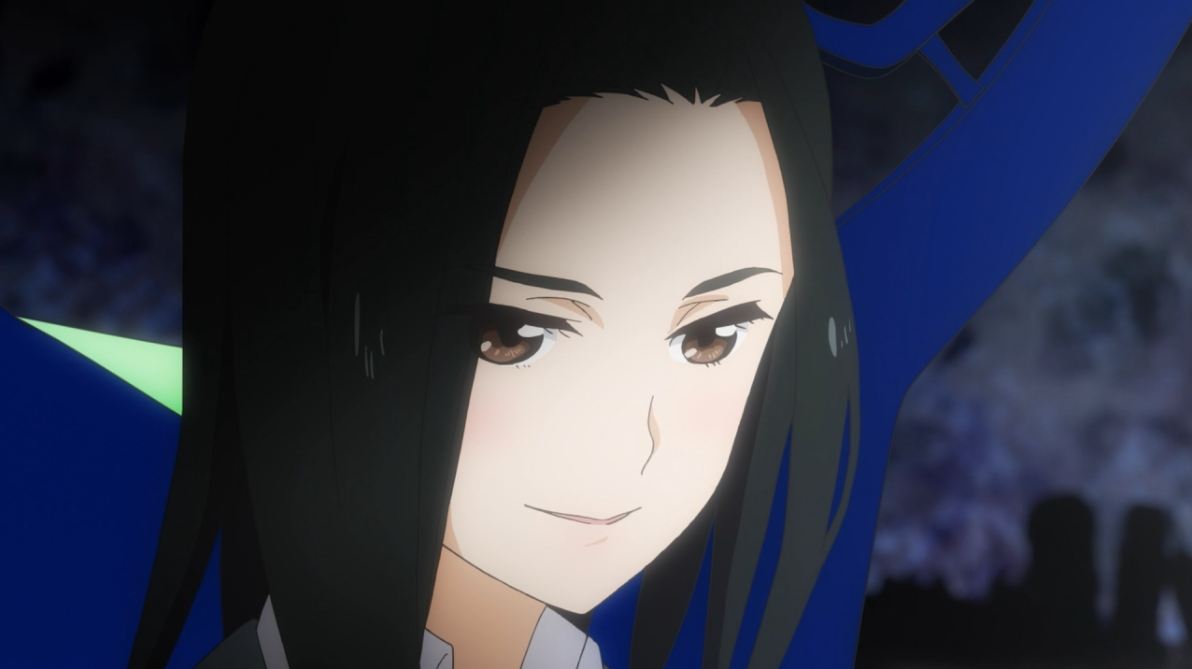 Another thing that I noticed about Iona/Uris and Ruko/Tama this episode is that they all distinctly declare they’re love for battle, as I’ve said countless times thus far. But they never once mention their love of victory. This is especially noticeable when Tama learns the word “forever”. In her childish simplicity, Tama says that she wishes to battle forever, a sentiment that nobody openly disagrees with. Which puts an even darker twist on an already dark representation of WIXOSS. Not only are they battling for no reason other than pure desire, they don’t even have an end goal. Honestly, how can you tell where someone stands if they have no true convictions?

One surprising factor of this episode was the reveal that Iona was the Selector who crushed poor Hitoe and destroyed her life. More than tat though, it was the reaction to this revelation that was surprising…in that there really wasn’t one. Sure Ruko started to get mad, but she was immediately cut of by Iona and asked to battle. This started a whole thread about wishes and lack of wishes and battles and love of battles, whilst poor Hitoe was kinda forgotten about. Though I guess when you really think about it, it loops back and supports the whole addiction theme. Both Ruko and Iona are so hungry for battle that they honestly forget about the outside world. Ruko herself says that in the heat of combat, everything else just fades away. I guess the series realises this, because they decide to throw in a scene of an emotionally broken Hitoe, just to remind us that she’s still an actual factor in the series. 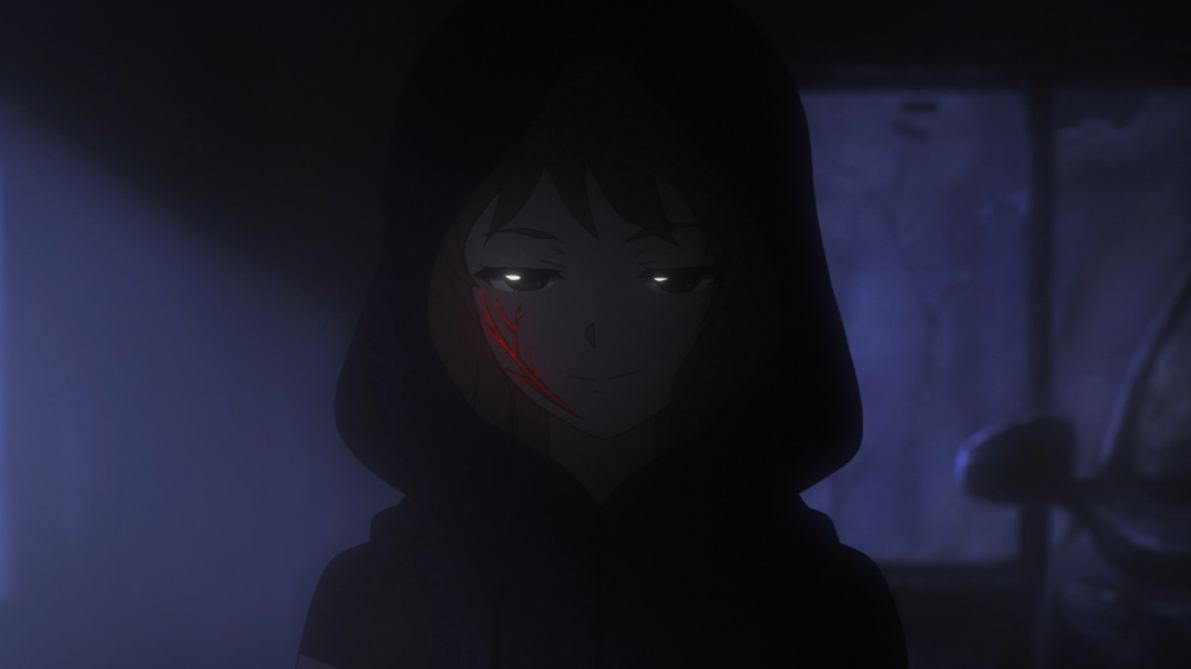 So…Ruko huh? Not exactly the sweet, innocent girl she appears to be is she? Sure we’ve seen other characters doubt her motives, but this episode dove right into that subject and shattered the illusion entirely. Anyway, apparently everybody’s Aki-favourite character is still around despite her three  losses, somehow retaining her knowledge of the Selector world, something I’m sure we’ll learn about next episode. Same with that red, glowing scar…what’s that about? Oh yeah, Yuzuki also did some stuff this episode, WIXOSS stuff. She beat someone, so that’s good maybe…but seriously what’s up with Akira.