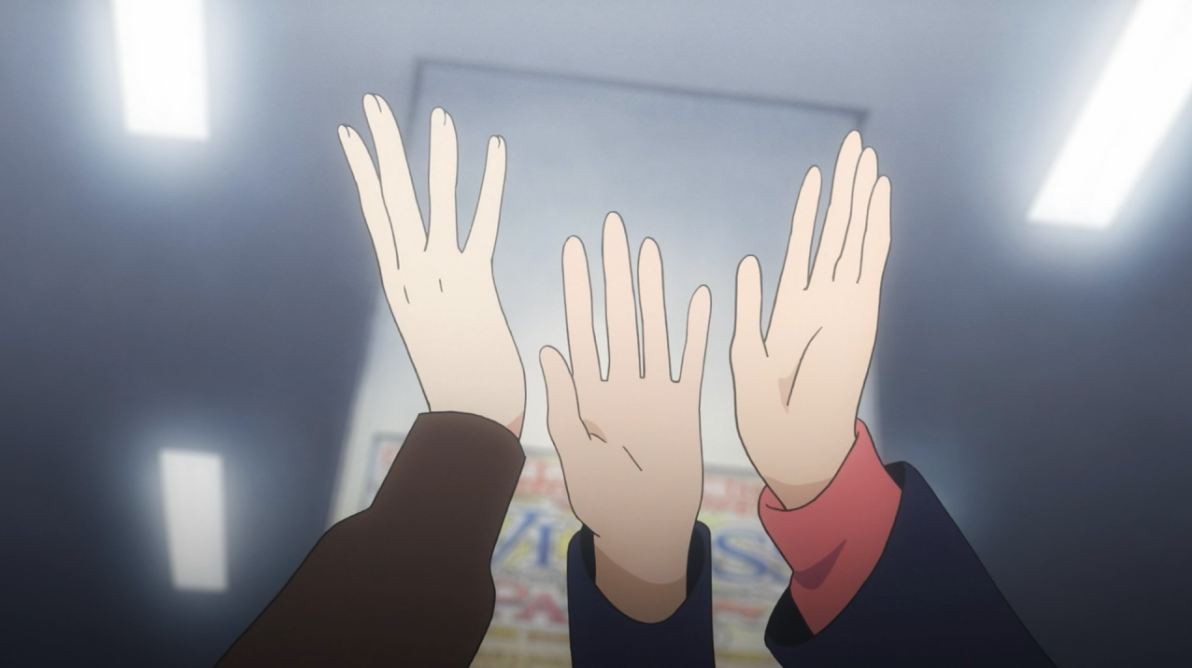 Though only present for the closing moments of the last episode, Iona has left quite the mark on Ruko’s psyche. Which is understandable considering she outright declared a disgust for Ruko’s mere presence in the world of Selectors. With that in mind, she’s really going to need her friends to stay by her side. Unfortunately, what we need and what we get isn’t always the same thing…

Despite her hesitation for battle due to Iona’s comment, Ruko is convinced by Yuzuki and, surprisingly, Hitoe to enter a WIXOSS Party being held at the card shop. After deciding to all buy matching scrunchies for the day, we are shown a brand new Hitoe as she recounts her day to her parents. Being the first time she has had friends, Hitoe explains even mundane moments with an innocent happiness. Her demeanour paints her as a much younger character, more akin to a child who can’t hold their excitement in, the complete opposite of her usually shy nature. Another small aspect that forges this as such a sweet scene are her parent’s glances at each other, expressing a sense of joy and relief that their daughter has finally found some friends. It really is just a touching little scene…one that makes what happens next all the more tragic. 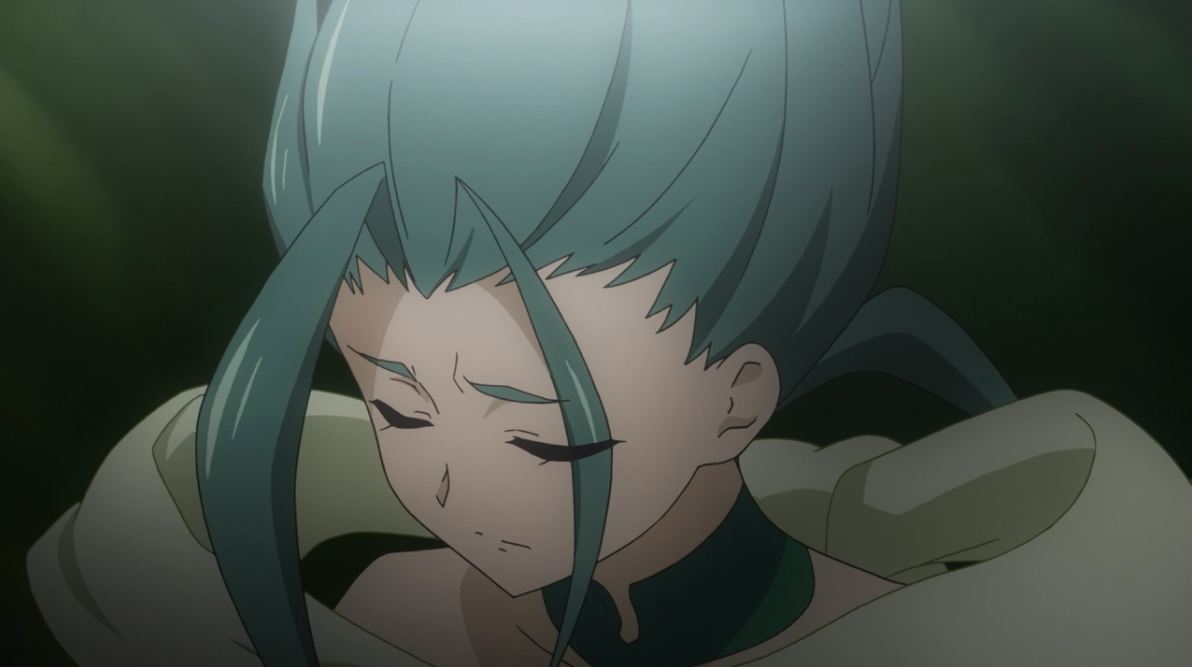 One who knows the truth

As one final addition to the tower of joy and sweetness that is about to come crashing down, we are treated with Hitoe’s observation of the beautiful sky above her. Having lived for so long staring down in fear, she finally notices how bright the world can be…then the shadow comes. Not a literal shadow, but rather a mysterious figure who looms over the poor girl, before forcing her into a battle. Now we already know that losing three times in a row results in the loss of Selector privileges, so Hitoe’s status is on the line…along with so much more. It would seem that the LRIGs aren’t averse to keeping secrets, as this episode comes with the biggest reveal of the series so far: the true penalties of loss. As if it wasn’t enough that a person loses their privilege and LRIG, they also lose their wish. More than that, the very concept of that wish becomes for ever tainted for that person. For example, as stated in the episode, were someone to wish to be a great piano player, three loses would render said dream dead. Whether unable to ever purchase another instrument or through a tragic accident that rendered them physically unable to play, their dream would never come to fruition. Now take this information and apply it to Hitoe. If you’re not upset right now, I don’t believe you’re thinking about what this means. Her wish was to make friends. It seemed so simple before, so innocent, but that only serves to make it more tragic. Reduced to a hollow shell of the person we saw mere moments before, Hitoe now lives in fear. Not only because she no longer has friends, but because anyone who has even the potential to show her compassion now causes physical harm to her. Can you even imagine such a life? Destined to be alone for the rest of your life, afraid of any form of contact. It’s honestly one of the saddest things I’ve ever seen in an anime. It also didn’t help that Hitoe’s loss resulted in the apparent death of her LRIG friend Midoriko…not that she even knows who that is anymore. Despite all of her efforts, Midoriko was unable to save her friend…or herself. 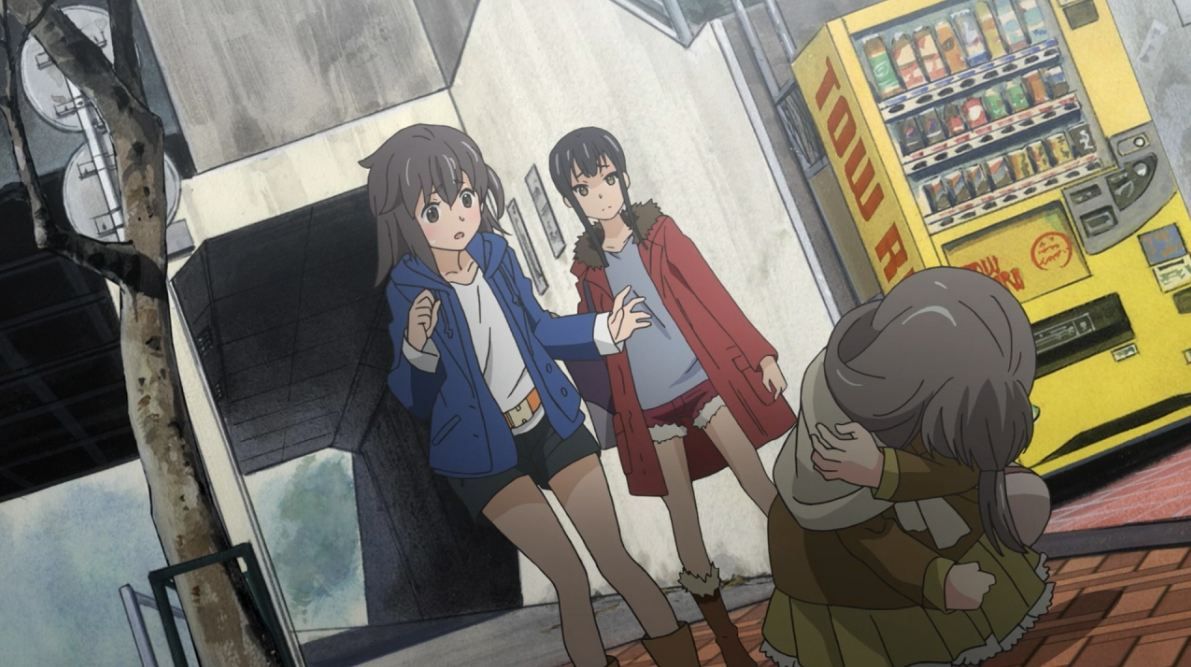 After the events of Hitoe’s loss and subsequent amnesia regarding all Selector information, both Yuzuki and Ruko are understandably gripped by fear and sadness. Not just of the truth and the fact that such a thing may very well happen to them one day, but also of the revelation that the LRIGs having been hiding things from them. Being the more composed avatar, Hanayo receives a fair amount of anger from Yuzuki, born from the fact that she mistakenly believed she could completely trust her own card. Compounded by the fact that her relationship with Kazuki isn’t as strong as it has been in the past, Yuzuki isn’t in the best place emotionally right now. The same goes for Ruko as well. Having been the one to reach out to Hitoe in the first place, the loss of her friend hit her hard. However, unlike Yuzuki, Ruko spends her moment of sadness confiding in her LRIG. Though we already knew something was different about Tama, this episode confirms that she lacks the memories of the other LRIGs, noting that it’s hard for her to think as “something white” is in the way. Though sort of skipped over, this fact will surely become a major component of the plot as the series progresses. I also have a feeling that Ruko’s wish will gain a greater sense of importance as the episodes progress, namely due to her defiance of the wish system in regards to Hitoe. Being the first time she has ever outlined any sort of definitive wish, it just seemed to be an important moment of character development.

Speaking of character development, Ruko also has a brief moment of awesomeness when she finally stands up to Akira. Having regarded Hitoe’s expulsion from the Selector ring with her usual flippant personality, Akira manages to incur the anger of Ruko. With words exchanged between them, the two agree to battle. Should Ruko win, Akira will apologise for her careless remarks. Also adding another loss to Akira’s tally wouldn’t be too bad…depending on what she wished for. I’m not exactly a fan of Akira’s deceptively sadistic persona, but if she wished for a happy life or something, I don’t exactly want to see how that gets tainted…it’d certainly make for an interesting series though. Though I guess we did briefly see just how brutal the penalties of WIXOSS can be. After all, Iona apparently had a hand in the death of a Selector, one who unfortunately wished for good health. I know they glazed over it in the episode, but we all know that poor girl didn’t make it. I have to admit, for the Selector with the least screentime, Iona sure is being painted as a villain. 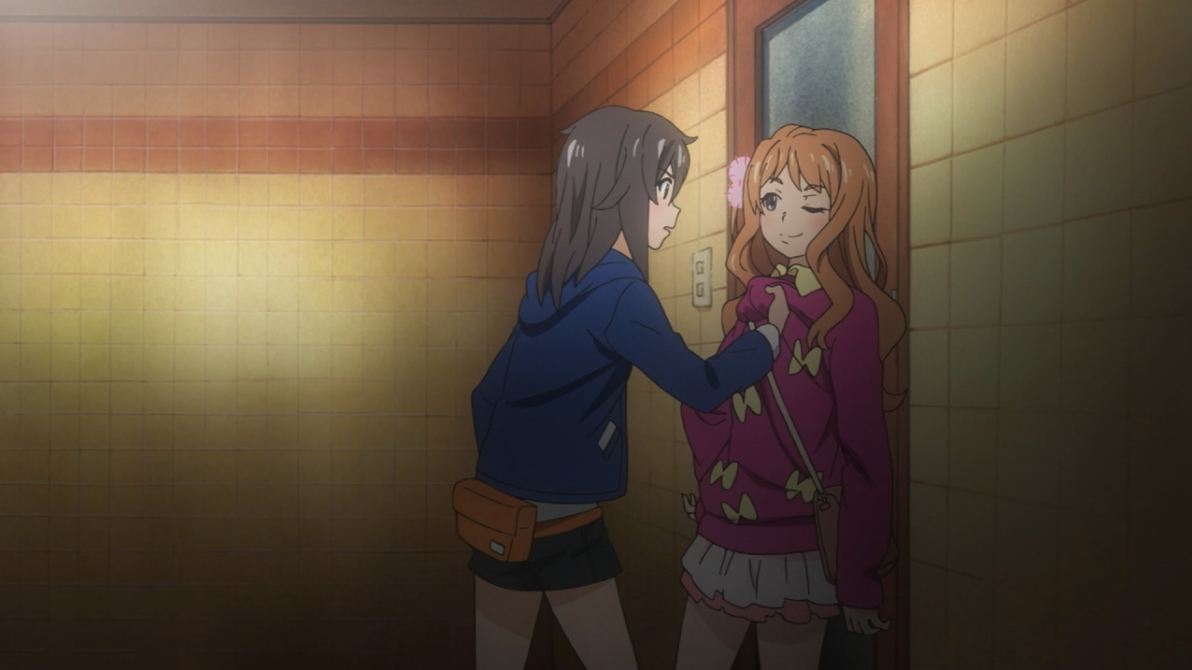 Even Ruko has a breaking point

Well this whole episode has been heart-wrenching. Poor Hitoe, one of the most innocent character ever created, forced to suffer through a life of fear and loneliness. Makes me hope that somebody (probably Ruko) manages to bring the whole WIXOSS system down and restore the things that people lost. It’s a possibility. But unless that happens then I guess ex-Selectors just have to suffer through the fact that they made a bet and lost…though they don’t remember ever playing in the first place. Either way, this mysterious Selector that defeated Hitoe is bound to return. Let’s just hope they don’t come after Ruko or Yuzuki next.