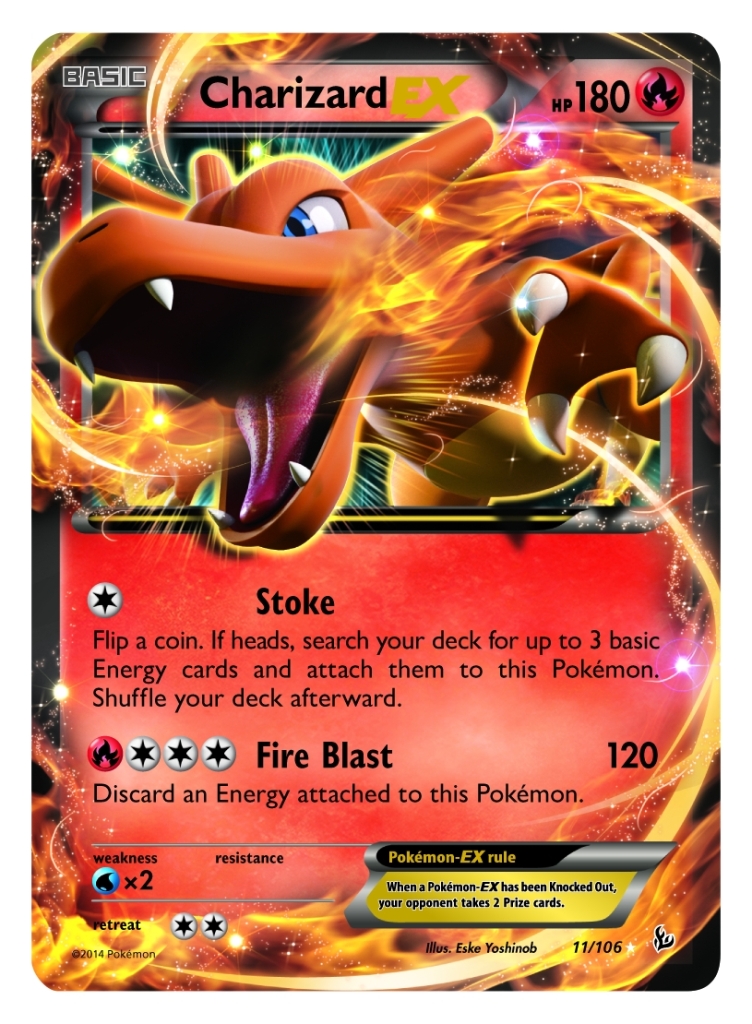 Good news Poke fans, the previously announced TCG expansion Flashfire is now out in the wild just waiting to be purchased.

As you’d expect from such a blazing title, the expansion pack will include some of the franchise’s more heated characters, namely the powerful new form of everyone’s favourite kinda-dragon: Charizard. Both the X and Y variations of Mega Charizard will appear as EX cards, along with five other turbo charged monsters. Additionally, Flashfire brings in another 25 Pokemon from the X and Y 3DS games, along with 15 new Trainer cards. Talk about spoiled for choice.

So what are you waiting for? Get out there and turn up the heat on your opponents with a few new additions to you collection. Plus, within every booster pack lie codes to unlock virtual cards to use on the official site. It’s a digital age people, embrace it.