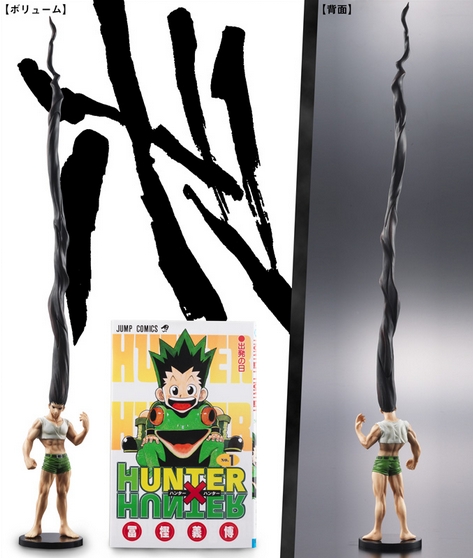 Following the universally acclaimed 131st episode of the Hunter x Hunter anime which featured the climactic confrontation between protagonist Gon Freecss and the Chimera Ant Neferpitou, Bandai have released a brand new figure based upon a certain shocking transformation that occurs in Gon Freecss.

The transformation of course refers to his forced aging which in turn sacrifices his life energy in exchange for all the power he will ever have in that life. The figure stands at 1 foot tall with the transformed Gon’s signature towering hair being represented with the deftest of accuracy.

The Hunter x Hunter figure is currently available throughout Japan. It is unknown whether the figure will every head outside of the country, but it sure does make a mighty fine import for collectors.