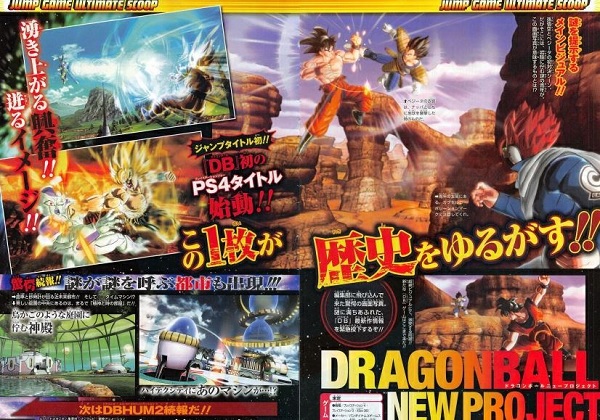 The latest issue of Jump Magazine has revealed that a new Dragon Ball Z game is in the works from Bandai Namco. The two page scan from Otakomu has revealed that this Dragon Ball Z game is the first one to be developed for the PlayStation 4. The scan reveals that the game is also being developed for the PlayStation 3 and Xbox 360 so there is probably a decent chance that this game is also being worked on for the Xbox One as well but there is no confirmation at this point.

The scan can be seen above and although no real details were shown outside of a few screenshots, it looks like character customization might return as a red-haired fighter wearing a scouter, a Capsule Corp jacket, and Picollo’s cape is shown looking on as Vegeta and Goku battle against one another.