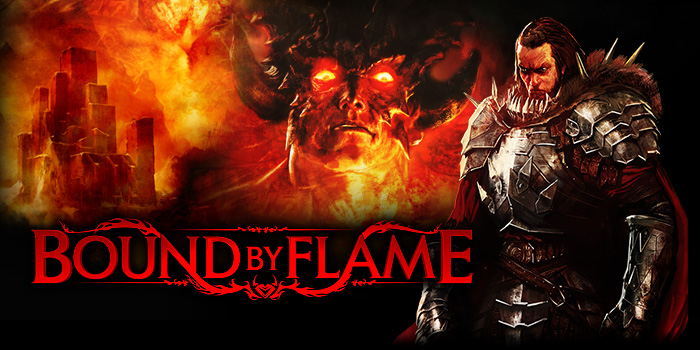 Friendships forged in the heat of battle

With just one week left until Bound by Flame hits PS3, PS4, Xbox 360 and PC, developer Spiders has released a few new screenshots that focus on one of the RPGs core assets: Companions. Set to assist the previously shown Hero, these friends will aid players in their perilous journey.

Should you desire a little long range backup and a nifty healing skill, perhaps you would do well to enlist the help of Sybil the Young Mage. Edwen the Witch avoids healing and instead opts for mind control, more in line with her proficiency in dark arts. Rhelmar the Elf forgoes magic and utilises a bow to rain down arrows onto your foes. If close combat is more your style, Randval the Warrior specialises in creating powerful diversions, leaving you free to attack. Finally, there’s Mathras. An undead more ancient than even the Ice Lord. Having spent the last several thousand years honing his skill, Mathras’ swordsmanship is top tier. Also, using willpower alone, he is able to force enemies to fight on your side, much like Edwen can. Handy.

Though backup is always appreciated, Companions prove far more crucial in higher difficulty modes. Of course, it is up to the player to utilise their unique skills to the fullest. But don’t be fooled by their status, Companions also play an important part in the story. Driven to aid you for their own reasons, players are able to form friendships, rivalries and even romances with Companions as their journey progresses. So choose your partner wisely, and try to stay on their good side.