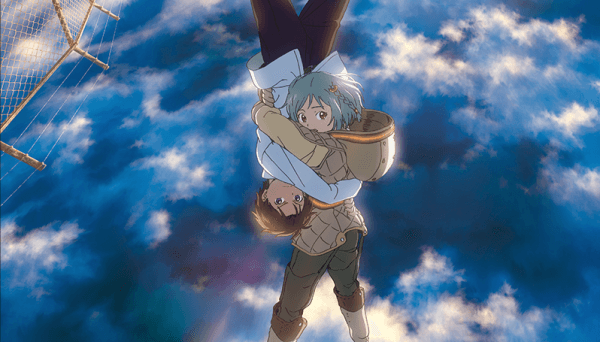 Hanabee Entertainment today announced that they have just acquired the rights to the highly praised anime fantasy film “Patema Inverted” BUT that’s not all! The young Australian anime distributor alongside the Melbourne International Film Festival are extremely excited to reveal to us that “Patema Inverted” will premiere at this year’s festival as a part of the “Official Selection”.

Don’t event think about letting your guard down because there’s one more surprise for all you anime film fans out there: The director of “Patema Inverted”, the man himself, a legend in the anime industry, Mr. Yasuhiro Yoshiura has also been revealed to be making his way to Australia as an honorary guest for the 2014 festival alongside his movie.

An enthusiastic participant in all phases of the production process, Mr.Yoshiura heralds the arrival of the next zeitgeist in anime. After graduating from the Kyushu University of Design, Mr.Yoshuira wrote and directed his first short animation titled Pale Cocoon. He then created the brilliant Time of Eve, a six part series he wrote and directed, which won the Original Video Animation category prize at the 9th annual Tokyo Anime awards. Time of Eve was also the third most downloaded iTunes Movie in 2011 alongside Toy Story 3 and Inception. – Hanabee Entertainment

This is looking to be another fantastic year for the Melbourne International Film Festival as well as for all anime fans living down here in Australia. The festival is set to run from the 31st of July all the way up until the 17th of August. So far, no actually screening times have been announced but you can be sure we’ll have the listing here on the site as soon as they’re announced. For any more information on the festival head the official Melbourne International Comedy Festival site (click here).