You may never have heard of Fruitbat Factory but they have been giving smaller Japanese titles an English translation and release on the PC such as 100% Orange Juice but now they are going to be taking a big step in localizing a PS3 title called Eiyuu Senki – The World Conquest. Eiyuu Senki is a visual novel/tactical RPG that was originally developed by Tenco and published in Japan by MAGES last year.

There is currently no set release date for Eiyuu Senki but it will be released in North America and Europe at the same time. The title is an adaptation of a PC eroge that was toned down for release on consoles and given a number of improvements. Eiyuu Senki features over seventy characters drawn by Oyari Ashito and other industry artists. Players find themselves in an alternate version of the world where all of the famous characters of history and legend are now beautiful women and they must fight against others to try and conquer the world.

Eiyuu Senki – The World Conquest to be Released in 2015 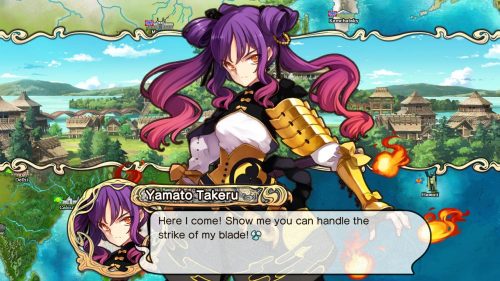