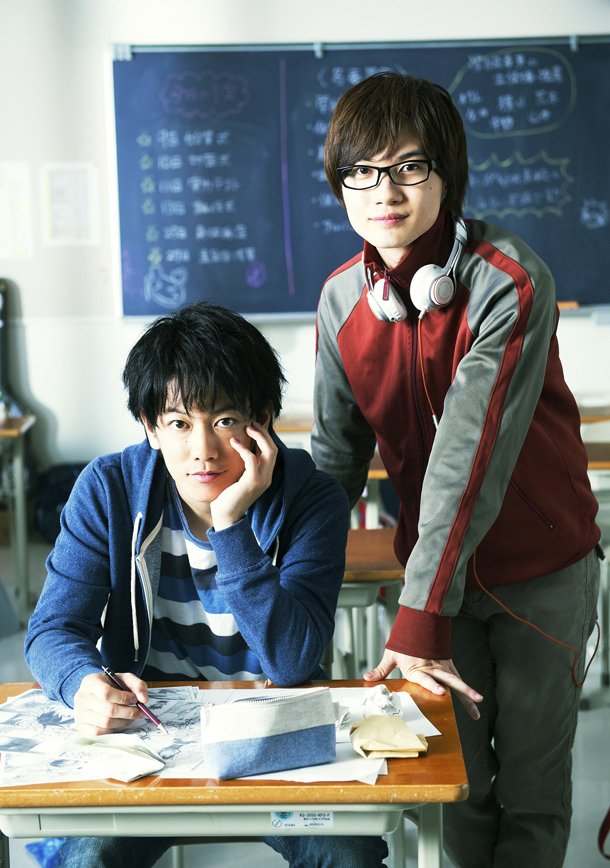 The first look at the upcoming live-action film adaptation of the wildly popular shonen manga Bakuman has surfaced online. The image that has made its way onto the web features the two protagonists of Bakuman, Mashiro and Takagi, collectively known as Muto Ashirogi.

It has been revealed that Takeru Satoh of Rurouni Kenshin fame will portray Mashiro while Ryunosuke Kamiki known for his voice work on Summer Wars and Spirited Away will take on the role of Takagi.

The image of the film can of course be seen above. Be sure to let us know what you think of these casting choices and the way in which these actors look in the roles by leaving a comment below.