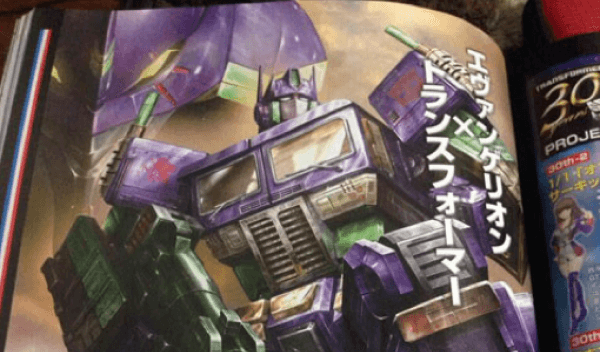 Coming straight out of a Japanese hobby magazine this news piece is one that I’m both confused by but also thrilled about seeing as it brings together two of the greatest semi-robot-related franchises of all time; “Transformers” and “Neon Genesis Evangelion”. The picture you see above looks pretty simple I suppose; it’s basically “Optimus Prime” with the colour scheme of “Eva-01” from the “Evangelion” series but it seems as though looks truly can be deceiving because it’s much more than just that.

Word around the internet is that “Takara Tomy”- a Japanese toy, children’s merchandise and entertainment company – actually has plans for a “Transformers” and “Evangelion” crossover. Whether this means they plan on just releasing a figurine of this re-coloured Optimus Prime or that plans go much deeper and a whole line of crossover figurines are in the work is so far uncertain. No specific information on the collaboration was revealed but what came with the magazine ad was a riveting tale to get us all pumped up for what is to come:

The Angels are invading. Breaking a long silence, the mysterious life-forms known as the Angels suddenly appear. The weapons the UN forces gather together in retaliation can’t even scratch them. In the end, they turn to the secret agency, NERV, to manage the anti-Angel strategy.

With Neo-Tokyo 3 in their sights, the Angels slowly advance upon the city…but suddenly a spaceship comes hurtling down from the sky above the Angels: the Sky Lynx! Out of the ship emerges warriors of the far-off planet Cybertron. They’ve come to investigate after noticing an unusual energy reading.

“We can’t let a disaster like the Second Impact occur on this planet.”
“What?! What are these monsters?!”

The shocked Cybertron convoy sets its sights on an enemy much bigger than themselves. 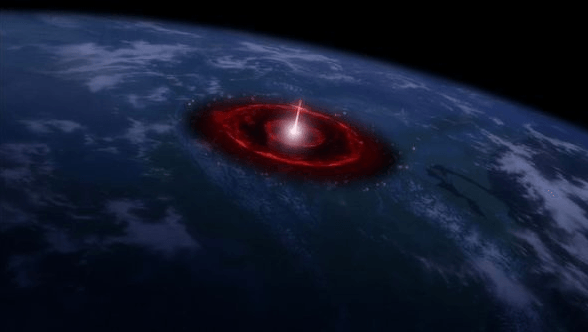 Had this been released on the 1st of this month I probably wouldn’t have believed it but it’s far too late for an April Fools’ joke, right? Congratulations to all of you out there who have written a “Transformers” X “Evangelion” fanfiction…it looks like your day has finally come. Now the story description for the crossover above does mention a “Cybertron Convoy” so my thoughts on this project is that Optimus Prime wont be the only “Cybertronian” getting a sweet new paint job. I’ve no idea what else there is to say…this is simply amazing. Clearly we haven’t been given all the information on this project so stick to the site for any and all news and information as it gets released.