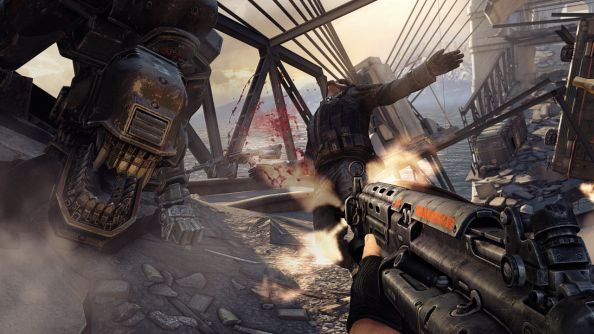 Back when we played through the first three chapters of Wolfenstein: The New Order in February, we left B.J. Blazkowicz on a nazi-occupied train, on a mission to find what little resistance against the Nazi regime is left. Now, Bethesda has released a new gameplay trailer entitled ‘Nowhere to Run’ shows us just how hopeless this quest may seem.

The trailer can be viewed embedded at the bottom of this article. It showcases a few key moments from Blazkowicz’s attempt to breakout captured resistance members, although Frau Engel is hot on their trail. Wolfenstein: The New Order comes out on May 20 in Australia and Europe, after being brought forward to release on the same date globally.

MachineGames Puts Us ‘On a Train to Berlin’ in Wolfenstein: The New Order

Wolfenstein II: The New Colossus to Hit PC, PS4, Xbox One on October 27